From Washington DC, United States, Ernest King sent Chester Nimitz a message noting that King was now in agreement with the theory that Midway Atoll was likely one of the primary targets in the upcoming Japanese offensive. Later in the day, King messaged Harold Stark in London, England, United Kingdom, ordering him to relay the explanation for the US Navy removing two carriers from the South Pacific to British liaison officers. Also on this day, the US Office of Naval Intelligence also voiced its agreement in a report to King that the Japanese Navy code name AF was likely Midway Atoll ...

"Straight and narrow is the path."
Last edit: 5 months 2 days ago by snowman.
The following user(s) said Thank You: Maquisard, WANGER 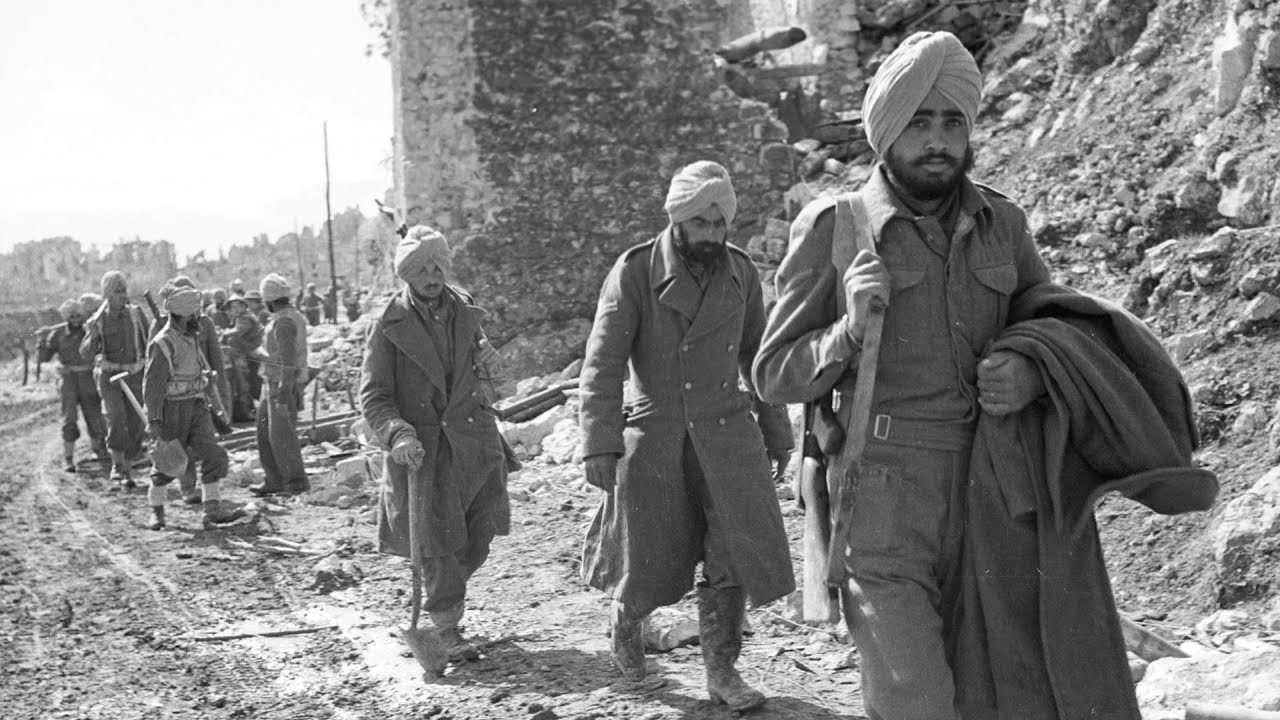 By adding 367 training aircraft, British Air Marshal Harris managed to mount the first thousand-plane raid against Germany (the actual count was 1,046), Operation Millennium. Originally targeted for Hamburg, it was switched to Köln due to weather. Over 1,400 tons of explosives were dropped on that city during the night of 30-31 May 1942, killing 500, injuring 5,000, and making nearly 60,000 homeless. 40 British bombers failed to return. The German government estimated that Köln received 900 tons of high explosive and 110,000 incendiary bombs, and about 400 were killed ... 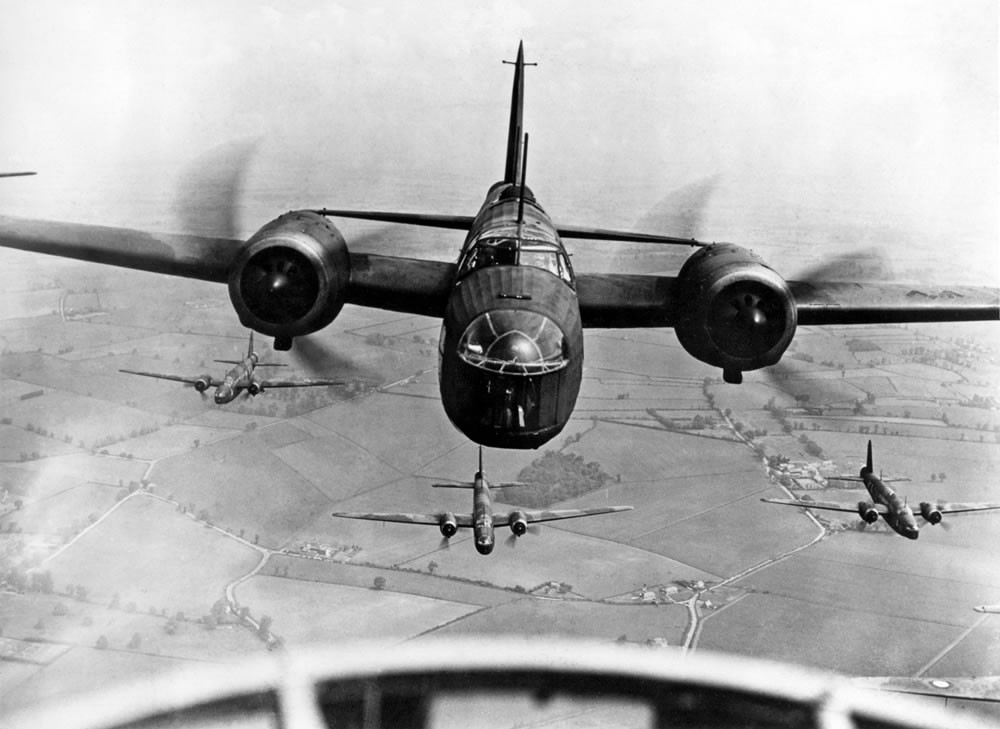 "Straight and narrow is the path."
Last edit: 4 months 2 weeks ago by snowman.
The following user(s) said Thank You: Maquisard

Akagi launched strikes against Midway Atoll. She was subsequently attacked by numerous enemy land and carrier-based aircraft. At 1026 hours, she was attacked by three aircraft from USS Enterprise, suffering one direct hit amidships in the vicinity of the island, starting a fire in the hangars. A second hit ripped through the fantail and exploded under the port quarter. The third bomb released at her was a near-miss port-side forward. Although normally the damage would had been moderate, the vessel was currently engaged in preparing a strike, with the result that the single bomb hit induced explosions among armed and fueled aircraft within hangars and start a raging aviation gasoline fire. Since she was in a maximum turn at the time, Akagi's rudder was damaged, and soon jammed at 20 degrees to port, leaving her going in wide circles. Unable to command the fleet from her now, at 1046 hours Vice Admiral Chuichi Nagumo transferred flag first to Nowaki, then to Nagara. Akagi's engines worked erratically, with the ship starting and stopping, but she went dead in the water for good at 1350 hours. By 1600 all non-essential personnel had left the ship, though Captain Aoki and a damage control party remained aboard. The vessel burned through the evening and next night, but remained afloat.

Kaga was struck by at least four bombs during the Battle of Midway and suffered a great fire. She was scuttled at 1925 hours by two torpedoes from destroyer Hagikaze. 814 were killed in her loss.

Starting at 0700 hours, US carriers launched torpedo bombers and dive bombers against the Japanese fleet in the Midway region. Japanese carriers wiped out the first few waves of US air attacks, but at about 1030 hours dive bombers were able to hit Soryu, Kaga, and Akagi. USS Yorktown was hit by Japanese dive bombers at about 1200 hours and by torpedo bombers at 1440 hours, forcing Rear Admiral Fletcher to transfer his flag to cruiser Astoria. At 1703 hours, the last undamaged Japanese carrier Hiryu was hit by a dive bomber. Soryu would sink at 1913 hours (711 were killed, 392 survived), and Kaga would be scuttled at 1925 hours (811 were killed, 900 survived) ... 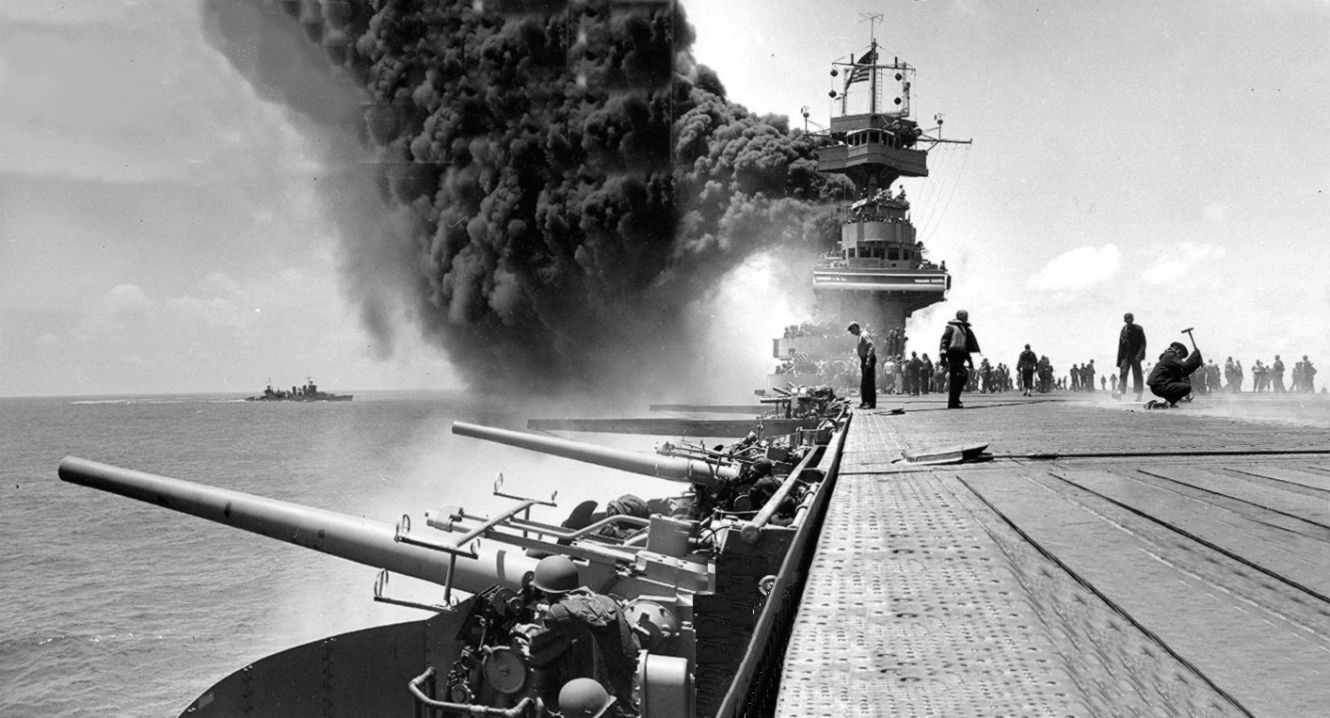 "Straight and narrow is the path."
Last edit: 4 months 2 weeks ago by snowman.
The following user(s) said Thank You: Maquisard

Less More
4 months 2 weeks ago #623 by snowman
Replied by snowman on topic Today In History
"Straight and narrow is the path."

Less More
4 months 1 week ago #624 by snowman
Replied by snowman on topic Today In History
9 June 1942
A British Special Boat Service team made a textbook sabotage operation on the German Kastelli Pediados airfield on the island of Crete, Greece. Five aircraft together with nearly 200 tons of aviation fuel were destroyed by the SBS Team with delayed action bombs. This is part of Operation Albumen was the name given to British Commando raids in June 1942 on German airfields in the Axis-occupied Greek island of Crete , to prevent them from being used in support of the Afrika Korps in the Western Desert Campaign in the Second World War . These operations were carried out in tandem with similar raids against Axis airfields at Benghazi , Derna and Barce in Libya and were among the first planned sabotage acts in occupied Europe.

"Straight and narrow is the path."
The following user(s) said Thank You: Juanma66