Brazilian photographer Sebastião Salgado and his wife Lélia Deluiz Wanick Salgado decided to show what a small group of passionate, dedicated people can do by turning deforestation on its head, and begin the process of reforestation.

“The land was as sick as I was – everything was destroyed,” Salgado said in The Guardian back in 2015. “Only about 0.5% of the land was covered in trees. Then my wife had a fabulous idea to replant this forest. And when we began to do that, then all the insects and birds and fish returned and, thanks to this increase of the trees I, too, was reborn – this was the most important moment.” “We need to listen to the words of the people on the land,” Salgado explained. “Nature is the earth and it is other beings and if we don’t have some kind of spiritual return to our planet, I fear that we will be compromised.”

A single mom in Kansas City who reportedly had only $7 left after losing her job during the coronavirus lockdowns found a $1 bill in a parking lot, bought a lottery ticket, and after winning $100, decided it was more important to donate the money to a police officer who had been wounded in the line of duty.

Shetara Sims, whose daughter was murdered in 2012, told KMBC News, “The detectives were really there for us. They were there for us more than anyone I can imagine. They did things they didn’t have to do.”

The police sent daily messages and visited the family, among other things. “They came to see my kids. They did a lot. They were fathers, therapists. They were everything … I’ve never seen the empathy that they had for strangers. They just gave us hope ... " 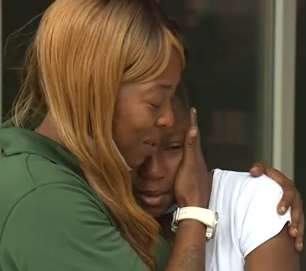 Less More
3 months 3 weeks ago #131 by Maquisard
Replied by Maquisard on topic Sharing the brilliant
She refuses to move for 10 years, the highway is built around her house


he owner known as Madame Liang refused to move for nearly ten years. According to local media, it rejected the first alternative housing proposed by the Chinese authorities. She would then have demanded not one, but four apartments to replace the loss of her home. According to Pearvideo, the government then offered an apartment next to a morgue. No common ground was found. It did not even accept monetary compensation.
So Ms. Liang is surrounded by the highway. And if some could not live in these conditions, it does not seem to bother her. “You think it’s a miserable environment, but for me it’s quiet, liberating, pleasant and comfortable,” she said in the Daily Mail.


In 2012, it was the home of a 60-year-old couple near Shanghai that made the buzz for the same reasons. They owned an apartment in a building on a highway project. After refusing to sell to the State, the latter nevertheless decided to implement the project. The building was thus planed to the maximum and what remains of it is now in the middle of a highway.

We can still rebel in China ! 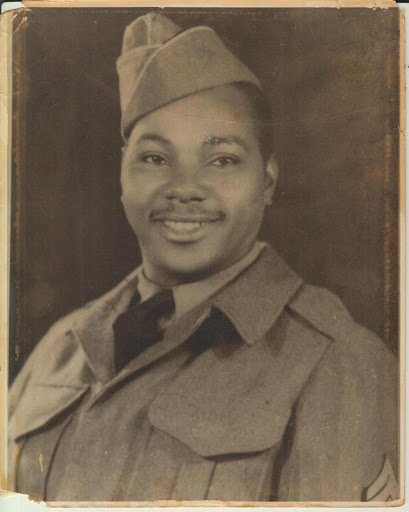 
Born and raised in Norwood, Luisiana in a family with 15 kinds. Lawrence was drafted at the age of 31 and ended up cooking red beans and rice halfway around the world as part of the 91st Engineers Battalion in the Pacific Theater, cleaning uniforms and shining shoes for three officers. He achieved the rank of Private 1st Class.

Brooks remembers he had a close encounter with death when the C-47 cargo plane he was on, "lost" an engine and they had to toss out much of the cargo. The plane did not have enough parachutes, "but we made it". Jumping in a foxhole whenever Japanese war planes were flying over was also pretty common for our cook.

“My mother and father always raised me to love people, and I don’t care what kind of people they are,” he said. “And you mean to tell me, I get up on these people and I got to go kill them? Oh, no, I don’t know how that’s going to work out.”

Father of five children, 13 grandchildren and 22 great grandchildren, Lawrence says “I had some good times and I had some bad times. I just tried to put all the good ones and the bad ones together and tried to forget about all of them.”

Brooks says his military years taught him to straighten up, so he did his best to eat right and stay healthy. He never enjoyed the taste of alcohol and the way liquor burned his throat. “I don't like hurting my body,” he says.

The oldest World War 2 veteran turned 111 years old yesterday. He says the secret to a life well-lived, is to “serve God, and be nice to people.”