Less More
2 months 4 weeks ago #733 by Shay
Replied by Shay on topic In-game screenshots
Yes, my most dear friend, you have missed something...

snowman wrote: Have I missed something?

snowman wrote: Are you two guys together in some kind of joke? Because to you now I seem like I'm sabotaging
the community and all the years I've spent here.
How did the LARGE Discord community become so dependent on ONE SOLDIER, whom for once, decided to join only Teamspeak, so he can be able to aim his gun well?

I have absolutely no serious problem with you or anyone using TS3, let's make it clear.
But, why did you write to Mimile and Zika only? You could have written a short info on barracks like "Playing on Justice right now with this guy and this guy" or something like that? Don't "tell" me it's because you have closed your web browser...

At the time I wasn't checking the forum, and I wasn't camping on the server list in the game constantly refreshing just for you guys to show up for me to know you are playing...


snowman wrote: We played on Justice, a public server. Damni was waiting on TS so I joined him there. We
were only two guys playing. I didn't know if there will be only the two of us or more can join
for the evening. I wrote in the chat message to Mimile in case he wanted to play.

Couldn't you have written a message while having the game running? You could have kept the web browser up and running, write the message and then close it to save your resources. You wrote, that when having apps/browser/game/ts opened, it only affects your game performance. It's not like it could crash your OS or something?

snowman wrote: When I started the game I had only TS open, because
my game is lagging when using both applications/browser + TS

We weren't constantly requesting for a screenshot, somebody else could have done it, if you felt tired of it, if that's what you meant, Flo. Seems like you don't enjoy playing with big squads that are not under leadership, and just go around everywhere doing anything and dying, no big deal, me neither, but I just tried to have fun and I was overwhelmed with happiness, because of the fact, that so many players are playing on our servers, I was really happy with such a number of players being active. You could have left the server, but you didn't, can't admit that such a number of players didn't put a smile on your face, just for a second?

snowman wrote: I didn't get to enjoy the game/playing at all. All I could do was to spawn without equipment
and try to take the screenshots. All I could do is ask all players to take a screenshot together
against all odds?

Once again my friend, you misunderstood me, or perhaps I did not put it in the words clear enough for you

What I meant, was that the atmosphere quickly changed in this topic after a few posts, seemed hostile to me, that there were emotions in the topic.
I did not mean to take hits at the gameplay you boys had, there was nothing wrong with it, just the lack of info on Discord.

snowman wrote: What hostile atmosphere? All I did was to join our Justice server...

And you cannot forget, the quick growth of the Discord =RpR= Server and the comfort it offers for people nowadays, hence why, the quick growth.
I do not, and never will, forget the plays we had on TS in the past, but I have moved on, and I do not have a problem with some guys still staying on TS. About the forum, well, I think it is still in a combat-ready shape, it's not out of action just yet

snowman wrote: Don't forget! This community was build on this forum and Teamspeak, not Discord.

If you meant, that we do not want to play with Damni for whatever the reason, you are gravely mistaken, he is an amazing person in-game and out of the game. I am sure a lot of us would want to chat with him, voice-chat or no voice-chat on Discord, joke with him, "chew the fat" and perhaps exchange some great recipes?

It doesn't feel to me like leaving a wounded soldier behind, it feels like a soldier not switching to some better equipment, but, if a soldier wants to stick to his old equipment, it's fine with me by all means

snowman wrote: Leaving Damni alone on TS felt like
leaving behind a wounded soldier on a battlefield. Maybe this time I decide to stay
with the one that may feel he was left behind, because the rest of the community doesn't
care for him, but I do.

You tend to post screenshots after the gameplay. I thought, that you have already finished.

snowman wrote: If you saw that photo only after I posted it,
this could mean that you weren't even interested in playing, otherwise you could've checked
the servers with 2 clicks

I feel quite offended here, I can imagine you calling us yokels... I guess we better start swearing, acting like savages and calling you all bunch of names, to live up to the way you may think, that we were raised?

Nobody had a problem with it, you came out with it when Lady Agu joined the Discord, I was fine with holding off slacking with the others on barracks, we moved into a NSFW channel right away. If it's still not enough for you, we'll just stop, or perhaps we won't, because we may be such a pleb, that we can't write a sentence without swearing, and live up to the way, that you were raised in Romania...

I don't know about Poland, but my parents thought me to never use nasty words in the
presence of women and children, even if it's risking not having a laughing joke. Some people
take words as serious. You guys risk nothing when someone leaves the community if they
may dislike what they read... because it's "their problem" and "they need to grow up".

I just wanted to help you and the people, that do not want to write on the forum, some may feel more uncomfortable with it that everybody can see what they have written.

I made the poll to help you out with gathering some answers, and perhaps some true answers, because people that took the Google survey, are anonymous, and that may encourage them to write truly about something. Personally, I didn't take it, because I feel like being at this position isn't suitable for taking such survey. If you care for it so much, then I will take the time and happily fill the survey on the forum only.

at making of poll on Google for
the survey that was not my great idea. I knew I would have to delete it, but I was too late.
If it's too hard to reply on the forum, because you are a slacker, then this survey was for
nothing. The survey was not about only getting nice numbers with nicely colored stats. The
point was, what we do from there... When you're too busy or too lazy to participate to a survey
then what could be asked of you later would've been too much. If you want to be anonymous,
then fine, that's your choice. The survey has not ended, if you two are still wondering.

Am I wrong to take that survey so seriously? Or have I made a mistake wanting people to really
think about what they wanted to say so we can do something about it together! There is no hurry.
No need to be anonymous.

And in case you have forgotten, you wrote this

snowman wrote: What are you two talking about?

I thought, that you didn't get the joke by writing that.

snowman wrote: In case you didn't notice at first, I replied to your joke with another ironic joke. Saying the
truth and then posted a video of Rangi "trying" to lie - which could imply that I might be
lying/hiding something about what I previously said...

It is Flo, for everyone of us.


snowman wrote: It's okay to be wrong.

I "say", we bury this thing right now, before it gets any nastier, and just "virtually" shake hands and put this in the past, it's all water under the bridge.

I just have one favor to ask, please, write some info before any public gameplay on Discord next time.

Aaaaalrighty soldiers! Let's drop our cocks and grab our socks

Less More
2 months 4 weeks ago #734 by Damni
Replied by Damni on topic In-game screenshots
I'm like one of those old police officers who choose to carry on using their revolvers, instead of switching to more modern sidearms.
香港人 加油
The following user(s) said Thank You: Shay, Xiadz

I'm happy to present to you
THE ULTIMATE SEXY FLANDERS MOD 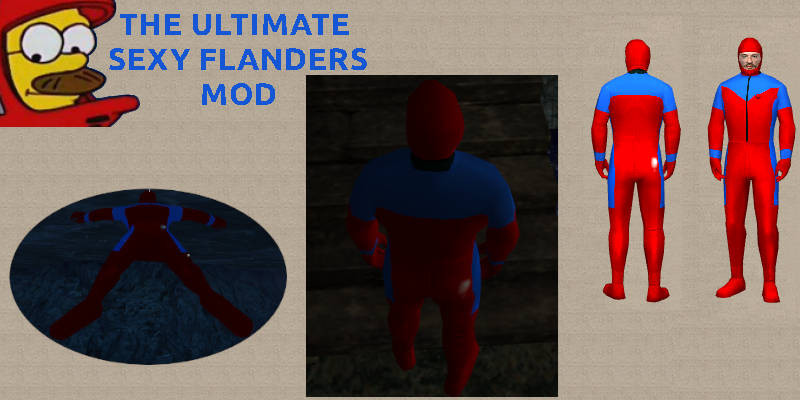 This attachment is hidden for guests.
Please log in or register to see it.
香港人 加油

It's a good one tho, should give +50 to stamina 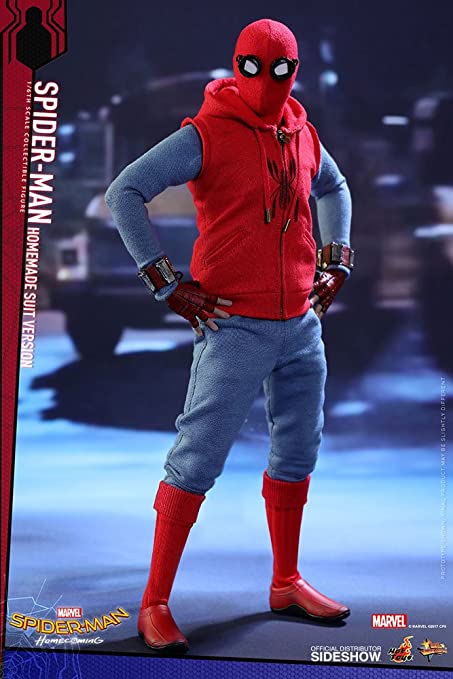 Less More
2 months 4 weeks ago #737 by snowman
Replied by snowman on topic In-game screenshots
You're right, Shay. I have made a mistake. I'm sorry for offending you.
"Walk through all fear no matter what." 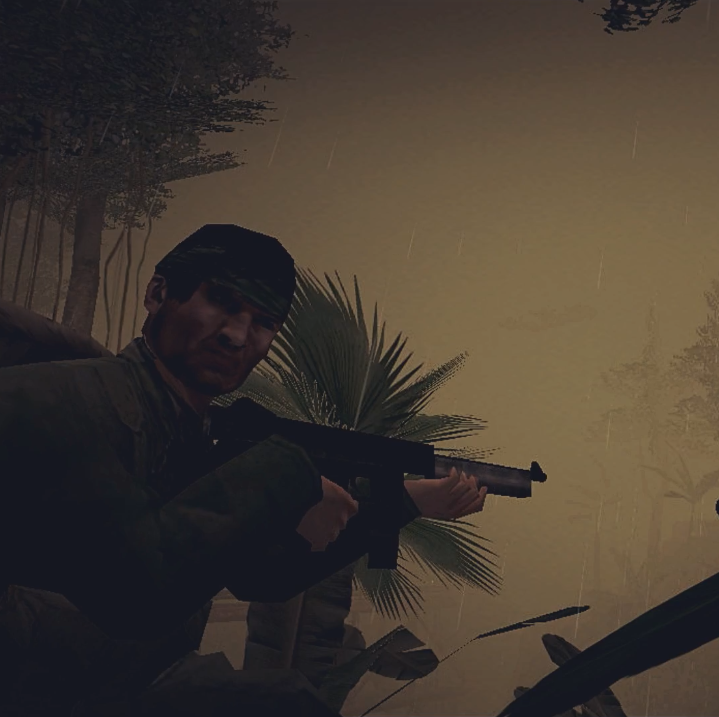