As i remember spaces can cause issues in server.

Some original doors appear black.
There was one enemy on the roof, close to tank.
Dont know if it has to be there.

After i enter to original area from port, i was attacked by large number of enemy, as i learned they came from Sub area because it was totally empty.
You could activate those enemy when player enters sub area. 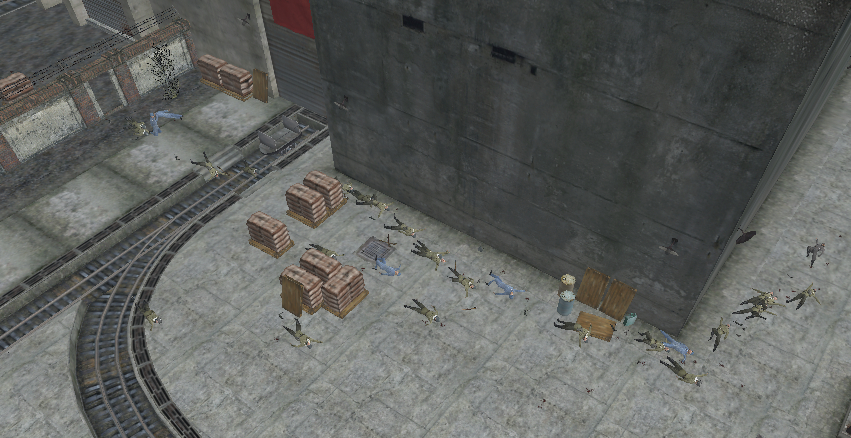 In marked areas something was blocking my movement 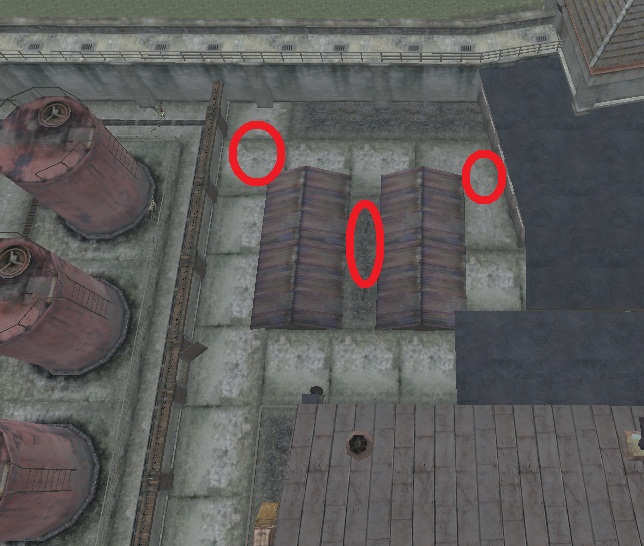 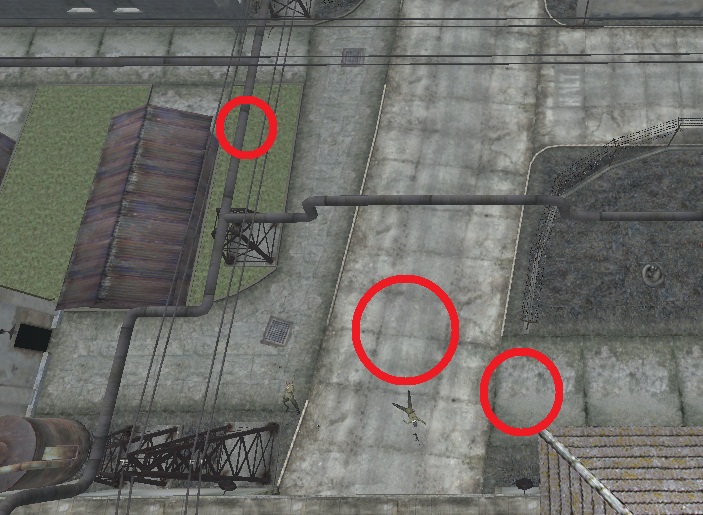 This loading area dont have solid surface... player will fall through. 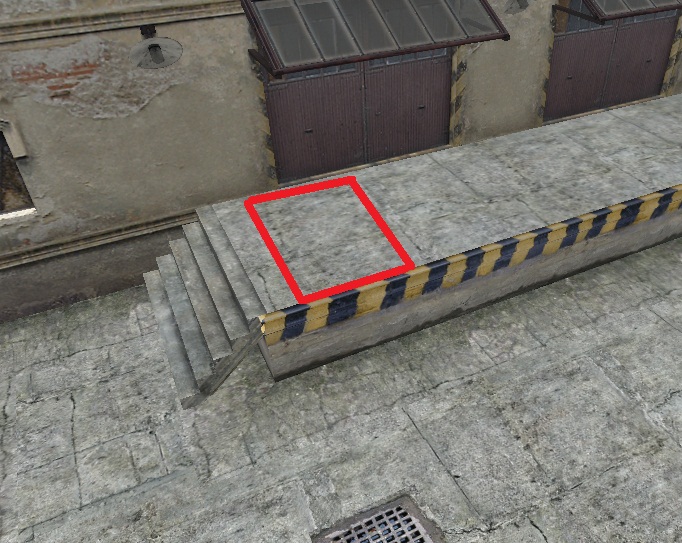 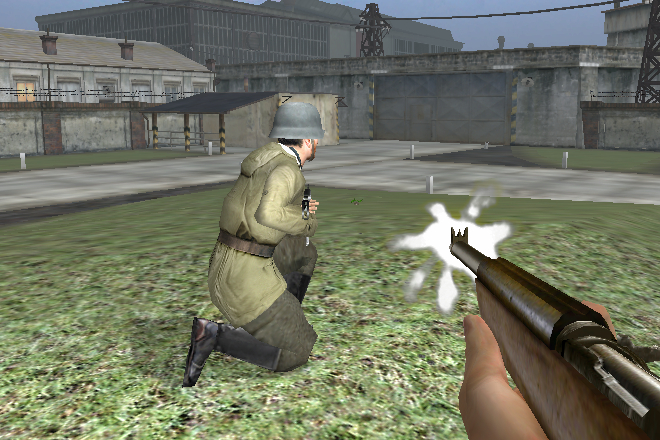 Something hangs in the air. 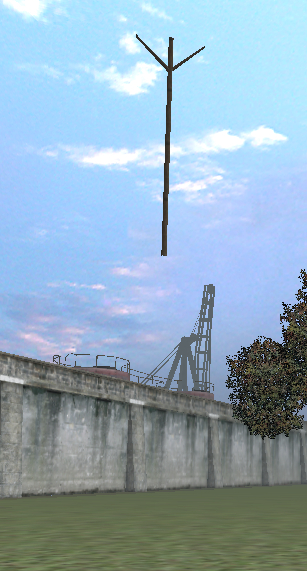 You could add some real cannons (PAK) to port area, aimed to the sea.
You could make this large ship to move.
Not much enemy in port area. and it has a fence, it should have open area for loading. but if its just a cargo storage area then its fine.

You could add ladder there for player, or add pak cannon , aim to the sea. 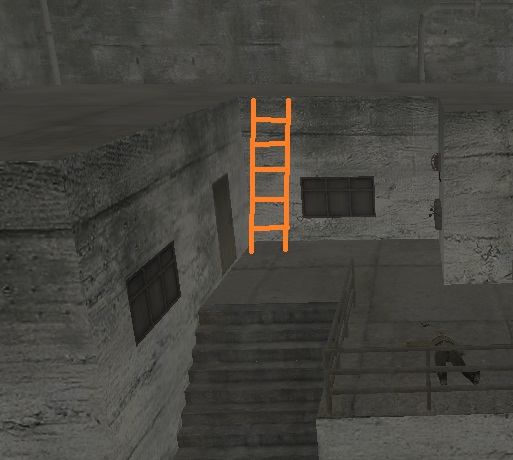 And this is also good place to add enemy: 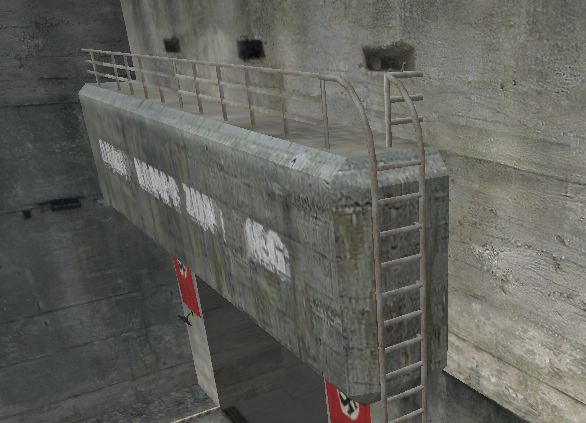 I dont know if the submarine is separate model, but you could make it leave the port if player gets close to it.
Slowly creeping away to the sea, and if the angle is set to tilt it slightly it can look like its going under the sea.
The way to do it is to use sliding door definition and add desired model to it.

"Straight and narrow is the path."
Last edit: 2 months 4 weeks ago by snowman.
The following user(s) said Thank You: Juanma66

There is a mistake in script: detect_memorial.scr
Music will play only one time and will not stop if player leaves detect area.

en_port_3.scr
this enemy never activates.
maybe some more of them
EndScript();   should use in OnAlarm section

This enemy is planned for later use ?

There is no need to create separate script for Tiger just to set fuel.
It can be set from any other script.

Using OnSignal in Objectives global script might create bug if more than one signal is sent to script at same time.
Try to use Whenever and  game values  ( SaveGameValue  / _LoadGameValue )

Some visual issues with doors, in Submarine port area enemy was shooting from room but looking from outside room interior was not visible.
Also some more places in port area where enemy will get bugged on roof.
I guess some new checkpoints are too close to building.

The one who hesitates is lost !
Last edit: 2 months 4 weeks ago by Stern.
The following user(s) said Thank You: snowman

This attachment is hidden for guests.
Please log in or register to see it.

This message has an attachment file.
Please log in or register to see it.

Less More
2 months 3 weeks ago #18 by Stern
Replied by Stern on topic coop_brest_day
This doorway dont have ckeckpoints ?  Enemy took longer way to reach the other side. 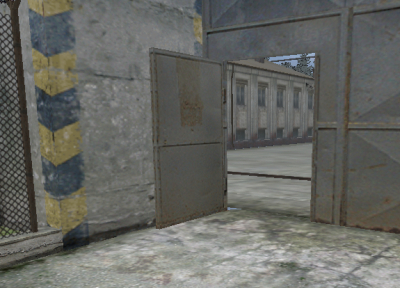 One way to build this mission is to make impression that player entered this port area by boat,
maybe some secret saboteur mission.

Can use this boat, parked close to pier. 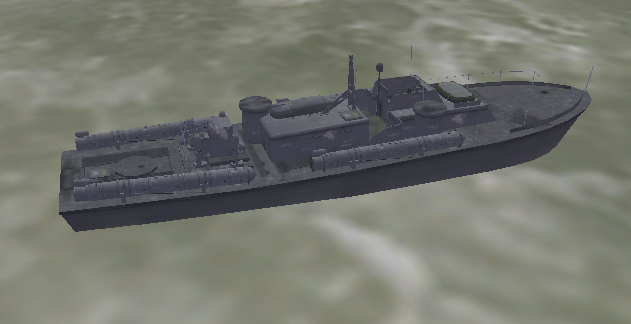 Players start from there and can choose direction to proceed. 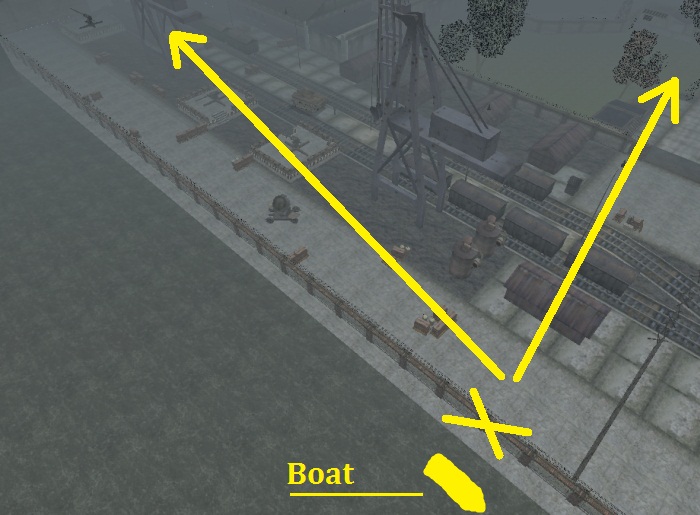 It can finish by using radio to make this boat drive back to pick up.
but then it should have a soldier model attached to it  to look like its driving the boat,
easy is just to leave it there waiting.

And some sounds of ship cannon shots from the sea can make it more realistic.

How hard is to revert it back to night version with all new areas ?
The one who hesitates is lost !