Less More
1 year 6 months ago #1 by snowman
A good read indeed was created by snowman
"A good read indeed" is a new thread, separate from the "War literature" created by Nik over 9 years ago. You can post what books you read or would like to read, not war related... maybe romance, history, or other fields of interest

Starting with a book, on a topic where I have much interest right now, that is quantum mechanics and the new paradigm it brings to the world, specially to the world of science. I've never heard or studied this in college, because, probably, the topic is too advanced even for the average teacher to really understand what potential it has. I remember Edward Teller saying that today's educated minds are not aware of the leading edge discoveries of science, as more and more people get an educated. In our conquest for knowledge, different ages(times) valued education differently, so the educated man was the leading edge and the hope for human struggle...

You don't have to understand mathematics or physics to get interested by logical thinking, which is in itself worth to study, as the saying goes "An unexamined life is not worth living". The advances in technology around the world have been made though the brilliant minds of scientists, truly devoted to their practice and somewhat dedicated to the truth of discovery. Everything around us is believed to be the result of some force or a counter force, as we are thought in school, thanks to Newton. This is what the world of science mainly revolves around.

Studies in the ~1930's in the field of sub microscopic/sub atomic physics revealed the limits of accuracy in measuring the position or momentum of electrons or photons. They are the smallest measurable "objects" and they can be either in wave or particle form. The more accurately you try to measure one, the less accurate it becomes to measure the other. This is the level where newtonian logic of cause and effect kind of breaks apart. You may have heard of Heisenberg, not the character from Breaking Bad, but the genius German scientist who worked for the Nazis to create the nuclear bomb. He has discovered that by the introduction of consciousness i.e. human observation, the behavior of the sub atomic particles changes. And it is not only the field of consciousness, but also its intention, that changes the outcome. Einstein didn't accept this discovery. What this means is up to you to find out. Maybe the fact that nothing can be accurately predicted?

It is already known that beyond the physical, measurable part of the world there is only energy. It is also scientifically known that the potential power in one cubic centimeter of empty space is greater than the mass of the whole universe, which is infinite, increases at an infinite rate. It may be that the entire universe is a continuous and perfect expression if it's essence, and of Consciousness itself that is formless, but within all form. I don't know, but this would at least explain the miracles to some extent, which cannot be explained... but they are often ignored because "it doesn't make sense"

Going tor read this book to find out more about this phenomena: Mindful Universe by H.P. Stapp 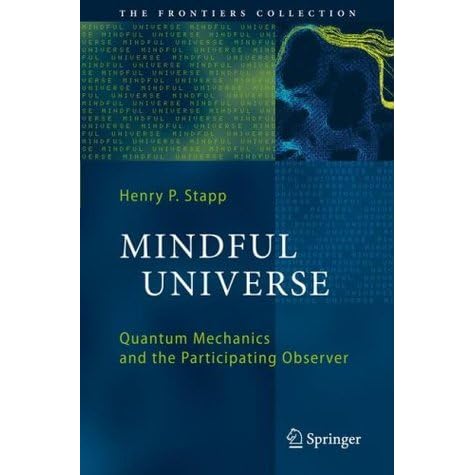 There is also Heisenberg's Physics and Philosophy available to read online and download. That's next on the list.

"Straight and narrow is the path."
The following user(s) said Thank You: Damni, Maquisard

Less More
1 year 6 months ago #2 by snowman
Replied by snowman on topic A good read indeed
When you can't edit your post because the format gets, corrupted, you can at least reply

Less More
6 months 4 weeks ago #3 by Damni
Replied by Damni on topic A good read indeed
So, I've been reading this book. I have almost reached the end and since it's been very helpful to me, I thought I might share it here.
It's the "Meditations" by Marcus Aurelius , a Roman Emperor who lived between 121CE and 180CE.
The book is a collection of ideas and notes he writes to himself, which he uses to reflect and improve his life according to the Stoic philosophy. 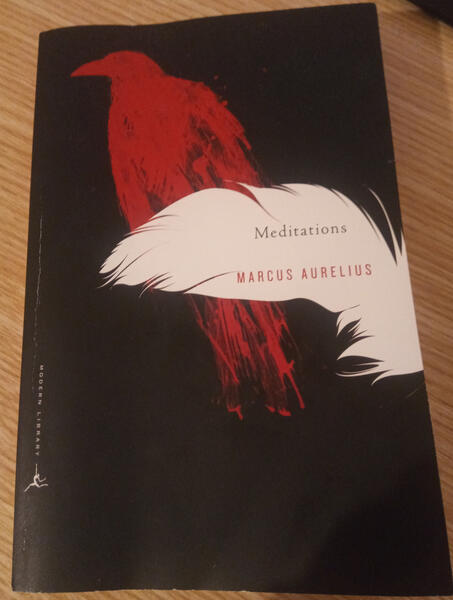 And if you're too lazy to read books, here's a handy summarized version on YouTube

If it is not right, do not do it, if it is not true, do not say it. (Marcus Aurelius)

Less More
6 months 4 weeks ago #4 by snowman
Replied by snowman on topic A good read indeed
I would teach Marcus Aurelius in school, every year

First class stuff!
"Straight and narrow is the path."
The following user(s) said Thank You: Damni

Less More
6 months 2 weeks ago #5 by jacobston
Replied by jacobston on topic A good read indeed
Nothing from a Philosopher or Academic, just a storyteller: the late Stuart Mclean, who once blessed the radio here in Canada on a weekly basis with his stories from all across the country. His show featured a "story exchange" in which he would read stories sent in by listeners, and a musical guest. Finally he would tell a "Dave and Morely" story, about an ordinary family in an ordinary neighborhood in an ordinary Canadian city. Dave owns a record store, Morely works at a theatre, and their kids Stephanie and Sam do whatever kids do. The stories are universal, heartwarming, and offer a reminder of what life is really about: each other.

This is a story that has stuck with me since I listened to it many years ago. Sam is anxious about life, and finds himself at a fortune teller for help. I always remember her parting advice to him after their brief exchange:

Madame Nina wasn't used to little boys knocking on her door, but she was used to tears. She handed Sam a box of kleenex.
Sam told her everything: how [his predictions] had started in the summer, what had happened at school. He told her he thought he was phycho. He told her he was scared that if he thought bad things, then maybe they'd happen.
She waited for him to finish, and then she smiled and handed him a large deck of cards. She said, "do you know how to shuffle?"
Sam shook his head, "no."
"Just mix them up a bit," she said, "like this. These are the Tarot. Do you know anything about the Tarot?"
Sam shook his head again.
"Good," she said, "nobody does."
She took the cards from him and she squared up the deck. She began to lay the cards face-up on the table.
"Are you ready?" she said.
Sam shook his head again.
"What?" asked Madame Nina.
Sam said, "You have to teach me the rules, I don't know how to play."
"The rules," said Madame Nina, "are you listen to what the cards say. Look at all these hearts. You feel things deeply for such a young man."
Sam nodded, "yes."
"And you worry," said Madame Nina.
Sam nodded. "Sometimes," he said. And then he yawned.
"Sometimes," said Madame Nina, "you worry so much that you have trouble sleeping."
"Yes," said Sam, "sometimes that happens." And then Sam said, "how do you stand it?"
"Stand what?" asked Madame Nina.
"Knowing whats gonna happen," said Sam.
She said, "noone knows what's going to happen." She looked down at the cards. "Not even these cards," she said, "but if you listen carefully to people, if you listen carefully and with all of your heart, they'll tell you what they want. And what you want, is to know that everything is going to be alright. And it will be: everything is always allright in the end."
"Really?" said Sam.
Madame Nina looked at her watch. "Always," she said, "I promise."
"I have one more question," said Sam.
Madame Nina nodded.
"What if it isn't? What if everything doesn't work out well in the end?" asked Sam.
"Ah," said Madame Nina, "That's easy: if it doesn't work out well in the end, that means its not the end." 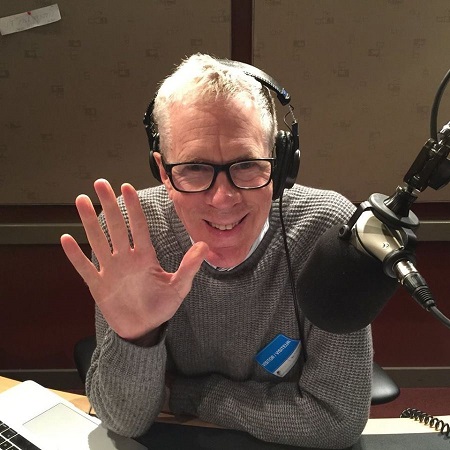 Warning: Spoiler!
Not sure it's true, but it's beautiful.
If it is not right, do not do it, if it is not true, do not say it. (Marcus Aurelius)
The following user(s) said Thank You: snowman, jacobston