Here are some tips: and how to use this mod tool. 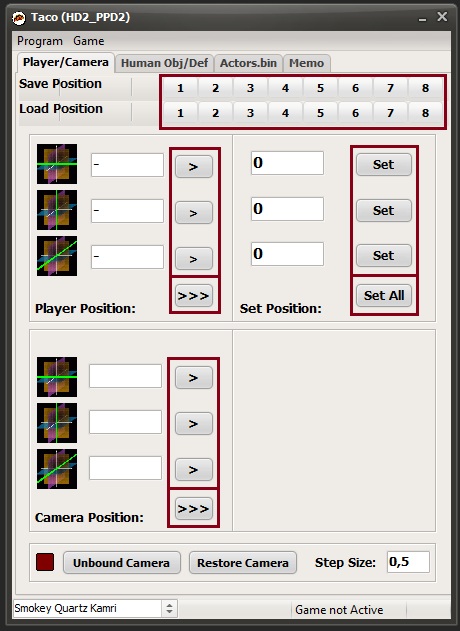 1. Tab (Player/Camera):
Save position/Load position:
Lets you to save and load your position(teleport).
Any place you can go will do.
It will save players in-game X,Y,Z coordinates.
(Game must be running and player must be in mission)

Camera coordinates. (Camera is the view you see in game)
It has a position coordinates like anything else.
*West<->East
*Height
*South<->North

">" buttons allow to transfer position value to SET POSITION area.
">>>" will transfer all three values at once.
Its used to teleport to camera position or manually change one of XYZ value:
Example is to set your position to roof of some building:
Imagine your coordinates are +100 from West and +50 from North.
And H is 0. (you stand on zero Height)
Now you transfer all values to SET POSITION and change only the one thats needed.
"Set" to set only one of them or Set All to set them all.

This manual stuff isnt so useful because it requires to use game in window mode
or Alt+Tab / Windows key to switch from game window.

Unbound Camera: (SHIFT+F)
Disconnects camera from player.
It allows to move camera to any location.

***All camera functions work only if Player has no weapon in hand !!!

Shift+/- to increase / decrease step size (and its possible to go negative this way, so no need to set negative value at start)

Shift + X for one step at once (to the aim direction).
And if its held down its same as Shift+Z but manual (Hold X to move, release to stop)

!!! All this works by memory manipulation (Read/Write values / op-codes), but does not make any permanent changes to the HD2 game files.
After game is restarted all changes are lost/reset to normal !!! 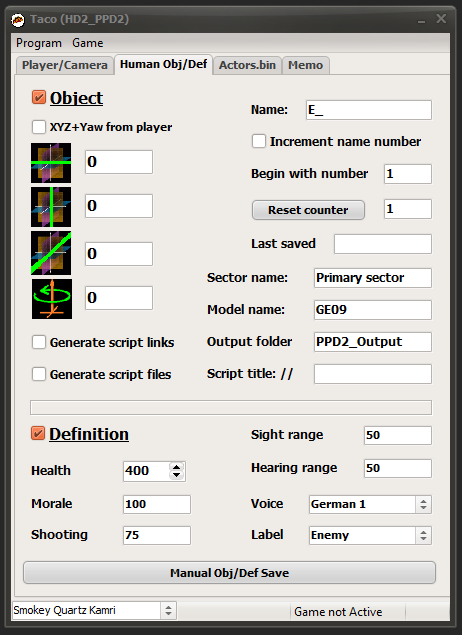 It can be used manually or with CTRL+S.

If game is active and player is in mission then it can use player XYZ coordinates for enemy coordinates.
Chackbox "XYZ+Yaw from player" will activate this option.

*West<->East
*Height
*South<->North
YAW (turn or look angle)
can be used without taking them from player position.

All this means that you can start mission and by pressing CTRL+S
you can generate all Enemy Objects with your in-game coordinates.
Just stand in a place where you want enemy to be and save.
Best way is to test it and learn it. 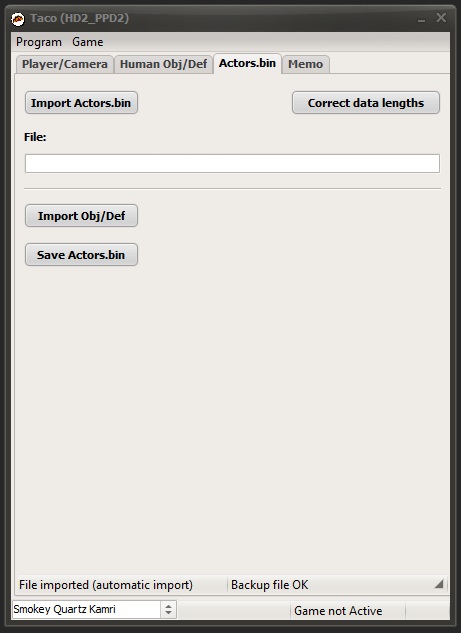 4.Memo
Just a memo, it has automatic save on close / load on open.
The one who hesitates is lost !

Less More
2 years 9 months ago - 2 years 1 month ago #2 by Stern
Replied by Stern on topic TACO
Question for who ever modded maps.

Human definition has bunch of properties, are they all needed for Enemy / Ally /Civilian ?
I only changed Health for my missions, but maybe some more of them are needed. 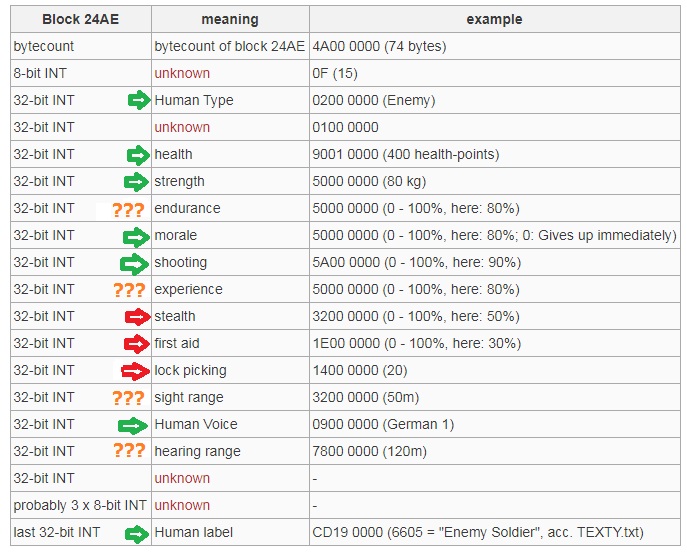 Stealth/first aid/ lock picking doesnt have anything to do with coop.
Sight range/ Hearing range is mostly set by script.

What about Endurance / Experience ?

I ask because I make some update to this PPD program.
The one who hesitates is lost !

will wayne of Gs made tool ages ago . dont know if you ever seen it or use it.

Experience is used in campaign mode . (soldier learning) to give you max health on completion of missions. So i think so.

Less More
2 years 9 months ago #4 by Stern
Replied by Stern on topic In-game camera position display.
I remember this program.

I discovered that with FileStream its very easy to set Data size.

Less More
2 years 9 months ago #5 by Stern
Replied by Stern on topic In-game camera position display.
This is how to produce a disaster 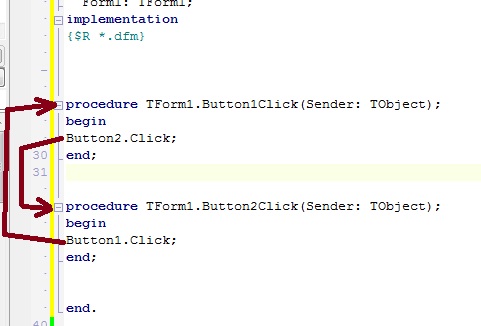 Or maybe its a perpetuum mobile...
The one who hesitates is lost ! 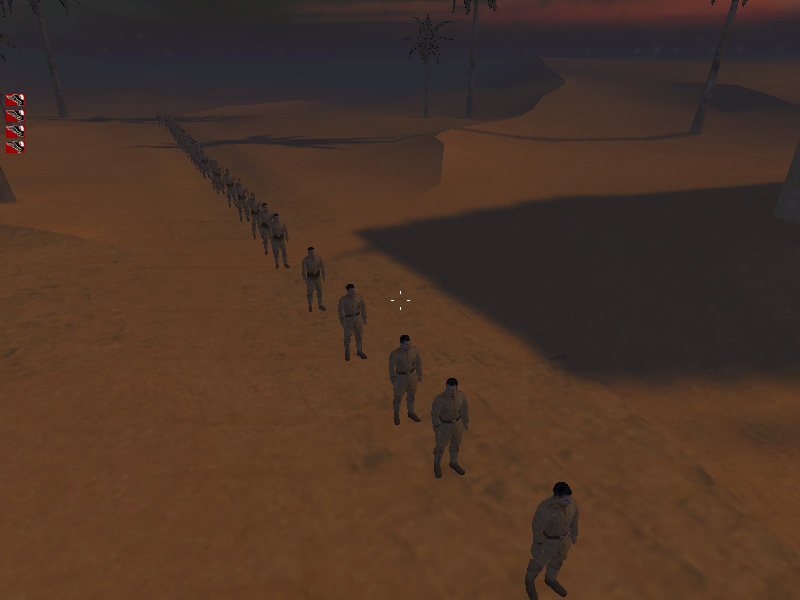