Less More
4 months 2 weeks ago - 4 months 2 weeks ago #1 by snowman
H&D2 Editor Kickstart was created by snowman
Thanks to Flash and Pudingus we have all the tools necessary to start dreaming. Our Engineering Office has been created precisely for this purpose. Once we have a guide for Flash's editor, everything will be more clear. While everyone, new and old to mission editing, gets some time to learn and enjoy the ways of our editing tools, here are just a few suggestions for practice

Work on our current mission list from the map package would be a good idea to learn H&D2 parts and pieces, also improve your scripting skills. Here is a list of suggestions

1. Extending missions beyond walls and "Return back immediately" message Example Brest Day by our friend Winters or the well known Arctic 1 Extended and Brest Extended by BetterYouThanMe. Also think about the Tirpitz in Norway.

3. Testing scripts and suggesting some fixes Examples could be enemies spawning in behind you, slowing down tank turrets, strange locations on some missions that cause the game to lag... see Burgundy 1 Broken Arrow, flag near guard post. What were you thinking about Zdenda?

5. Randomizing enemy numbers/location and objectives We can get together and see what missions we have can be improved and how. Suggest one mission at a time and work on it together. BetterYouThanMe and Stern have already build successful missions like Arctic 1 Extended, Brest Extended, Libya 1 Prisonbreak, Libya 3 Jailbreak, Normandy 4 Calais, Bruma 2 Kingslayer or Africa 2 Tiger Tomb by Ted. Look at their missions and use as an example. This is a huge task, but it improves the quality each time we play

6. Consider small fixes/improvements on our missions This is a task for any of our new modders.

Case A: You fellas remember the dog on Arctic 1? A feature of the H&D2 editor is to be able to add dogs to the scenes. A random script for dog location and stats(aggressive/ nonaggressive) would be better and a realistic number is suggested. Also consider adding a dog to certain patrols. An idea not exclusive for Arctic 1 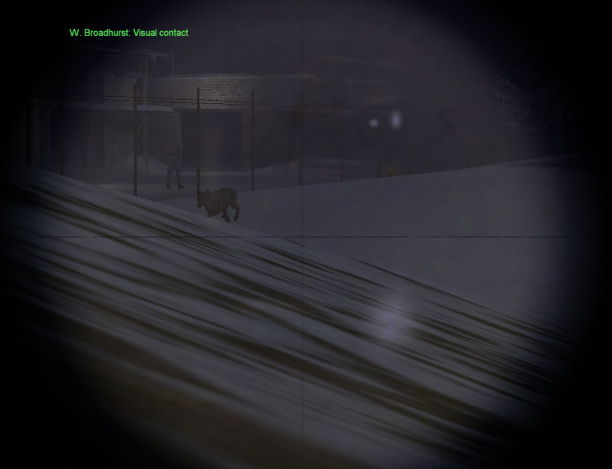 Case B: Bushes. Don't you hate it when you have a nice big round bush and you can't hide behind it? With the new H&D2 editor, collisions can be added to bushes like these ones on Burgundy 2 - South side. The ones on the North side already have collisions, that's why you can use them as cover. Also consider other missions and even adding different color textures. A little treat for your imagination

Case C: Finding useful features we could use, like electrifying fences and using switches. Don't forget about night missions. Please check Nikita's Modding maps with fences thread to get a good idea. 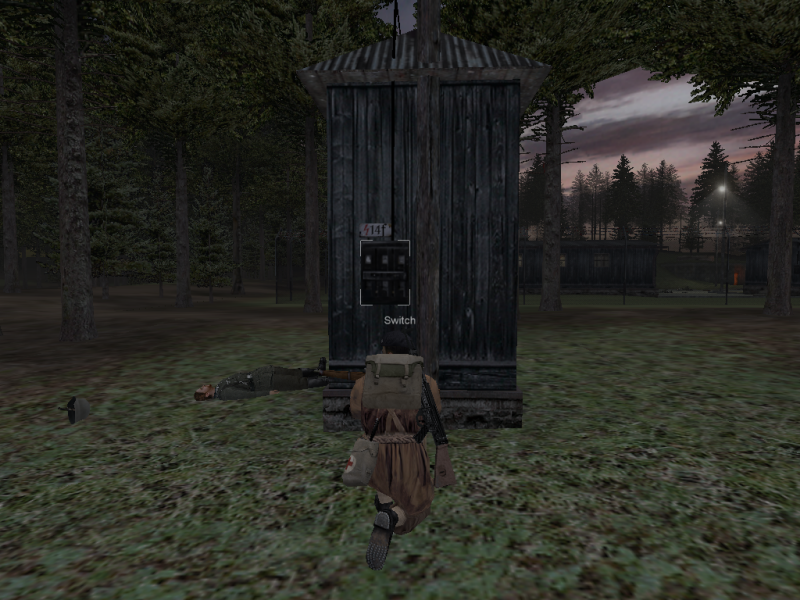 
Only to guide some of you in the right direction and open a new land of possibilities.

Get together, discuss, create teams or work groups. Some can work on moddels, others on textures, some on scripting, others with the editor. Don't forget to use our Engineering Office

Contact our expert scripting and editing masters, always be kind and ask for advice here on the forum or Discord.

Thank you for keeping this community alive!

Less More
4 months 2 weeks ago #2 by DanJ
Replied by DanJ on topic H&D2 Editor Kickstart
Ahhh, I would love to do a mission for H&D2, if it were at least as easy as in heroes of might and magic III and IV, where I made some very well large storytelling maps with every details. But i am heavily shit at programming/scripting. If a game editor is not easy application with everything in it as do not have possibilities of making terrain/path/others in one simple editor, I am out then

I have only my ideas for processing for missions what I'm writing down from like the day after I heard about a mission making. It's for sure bigger than somebody life bucket list

Like the idea of active train, where to accomplish the mission objective you would need at least 2 separately team on server operate on opposite side of map to avoid enemies for trigger an alarm/reinforcements/train moving script. Well, the ideas are unlimited
| Youtube | Twitch |
The following user(s) said Thank You: snowman

Less More
4 months 2 weeks ago #3 by Sqdn. Ldr. Ted Striker
Replied by Sqdn. Ldr. Ted Striker on topic H&D2 Editor Kickstart
Czech3 Ostwind is very hard, maybe players don’t like it very much. I will take a look at the ally prisoner’s scripts. Maybe I handled the scripts that way to avoid early sabotage of the map. It’s a while ago, hard to remember. I want to change also the scripts/position of the ally tank crew, they are suspended first but enemies shoot at them, especially on dedicated servers. Maybe they can stay outside the visible area of the map and board the tank when player gets near it. Then there are 3 enemies that spawn when the officer with docs is killed, so the map can end when you take the docs and they still attack you.

Later advanced improvements would be a better textured armor hull of the Flak on tank. It should be on a Panzer IV to match the original. Btw did you notice there is an early version of the Panzer III with only 5 rollers on the map? Sherman could be a Russian lend-lease version.
Checkpoints might be adjusted, cause AI still walks around the fences that were removed. Loading screen still shows the first simple version of the flak hull.

On Libya3 Littorio there are normal Flaks on the roofs, their camouflage is without collision. On Scorpio they are attached to vehicles to make it harder. On both maps it’s smarter to approach the village from the northwest, not from the trenches. By the way it would be nice if someone could make a co-op version of the Libya3 single player map, because I don’t get it working with the conversion.
The following user(s) said Thank You: snowman, p.jakub88

The editor seems easy to use and fun. Once we have a guide from Flash, hopefully others will help with this, everyone will understand the features and know what to do. Any idea you have, that's realistic, is not wasted. Any help is greatly appreciated. I will add you to the Engineering Office also.

The fixes suggested at #6 are not too difficult. You also have much game knowledge and come with great ideas for coop.

It was only an example, not asap on your "todo" list. Sometimes little tweaks here and there require a lot of time, I know. We can start working on something else and maybe come back to Ostwind and Libya 3 when time permits. We need to take advantage of our editing tools now.
"Walk through all fear no matter what."

Sqdn. Ldr. Ted Striker wrote: By the way it would be nice if someone could make a co-op version of the Libya3 single player map, because I don’t get it working with the conversion.

I tested it, quick and dirty,
It loads mission but i cannot select spawnpoints on the map.

You want the files ? maybe you can get it to work.
The one who hesitates is lost !
Last edit: 4 months 2 weeks ago by Stern.
The following user(s) said Thank You: snowman

It is annoying, especially in multiplayer, when even medium enemy tanks (like Panzer III) could withstand numerous portable anti-tanks weapons hits to the side from a point blank range. This is a less problem on larger maps (like modified Libya 3) where you could simply sneak behind enemy tank, but really frustrating on smaller ones (like modified Normandy 2). The hit detection system is also weird. I made a mod few years ago for Brothers in Arms: Earned in Blood, in which enemy tanks could withstand specific number of hits with Bazooka / Panzerfaust before being destroyed. I made Panzerfaust stronger than Bazooka. In H&D Deluxe tanks don't have machine-guns mounted, so there are less dangerous than their H&D 2 counterparts.
"Who Dares Wins" - SAS motto.
Last edit: 4 months 2 weeks ago by p.jakub88.
The following user(s) said Thank You: snowman