This was our main function: keeping this MPR (medium power radar) working

This shows exactly how it looked like when I was there

Here you see the antenna inside the dome

The antenna was replaced by a newer version meanwhile, here you see the antenna after its covering dome was dismantled. That strange piece of debris the soldier is showing is a part of the dome, that was removed. 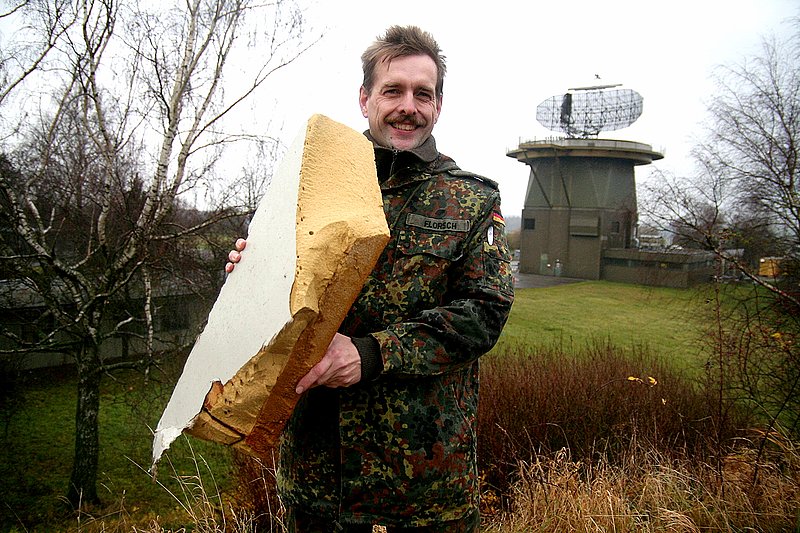 The old antenna was active for 40 years (planned to be used for 20 years only) and made appr. 100 million cycles, before it was switched off completely.


This is the only airplane that I for myself was ever able to have a close look at it during my time in the army:
An old Starfighter, near our main gate.

Once this area had been occupied by 800 soldiers each day, but already when I was there we were between 20-25 soldiers.
Under the surface there also was (but already abandonned when I was there) a bunker system, where the data, the antenna was producing, were analysed.

(this is how this analysing looked like, a little bit like the NASA's Houston control)
But with the end of the cold war, the whole unit lost its strategical meaning, and it was just the antenna, which was still of interest.

"Walk through all fear no matter what."
Last edit: 8 years 8 months ago by snowman.
The following user(s) said Thank You: Nikita

Did you have any unusual practices in the 6th RHC, Nik? "Walk through all fear no matter what."
Last edit: 8 years 8 months ago by snowman.
The following user(s) said Thank You: Nikita

Well, speaking about my practices at the 6th RHC 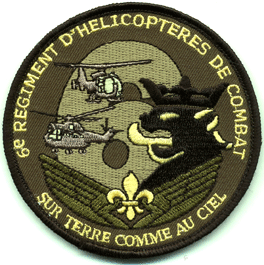 Pilot badge of the 6th RHC


As others RHC, the 6th was a unit consisted of several flying squadrons :

- One recon squadron : EHL, Escadrille d'Helicoptères Légers (Light Helicopters Squadron), equipped with SA Gazelle, the same as Snow's picture above, with the Viviane device, a compound of thermal camera, optical camera and laser rangefinder, mounted on the cockpit that we called "la bulle" (the bubble).

My main job at the EHA3 was to ensure first level mechanical maintenance on the aircrafts, fire security during the takeoff and the landings and aircrafts security during the regimental drills (reghelex). I had the chance to be on a flying squadron, so i often had the opportunity to flight on Alouette III during the squadron drill, that's a really nice experience, particularly by night. And also because of the RHC organisation, the combat drill was always managed by another squadron than yours, so by example if you were at the EHA3, the combat drill was managed by the EHM, that's why i also had the chance to enjoy several flights on Puma. Well Snow, don't know if such experiences are unusual, but believe me, it was really great, impressive and funny.

Unfortunately, i don't have any personal pictures anymore about this period, because i lost them when i separated from my ex wife, but that's another story.... The only souvenirs i have is my military diploma and also the regimental badge, the one with the lion, that i gave to my daughter some years ago.

Less More
8 years 8 months ago - 8 years 8 months ago #65 by Morty
Replied by Morty on topic What's up at home today...?
Thank you Nikita for that report for us.
I also do not have that much pictures any more, but when I was in the army, there were no digital cameras existing, and a lot of areas were classified "top secret", so that making photos was generally not allowed.

The best memory I still have got is a small book, that I used as a diary during my basic training (my first 3 month).
From some of my comrades, I got some photos even.

Here is the one you can also see as my recent avatar (taken from my diary book): 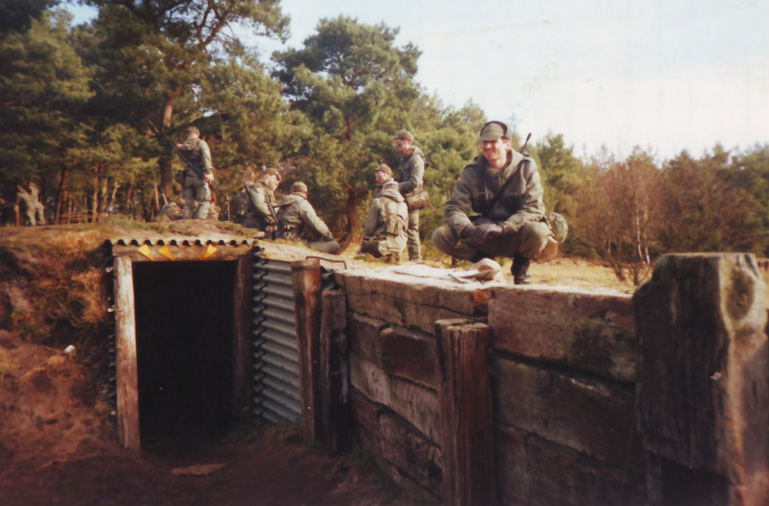 I was the one sitting on the right above the trench 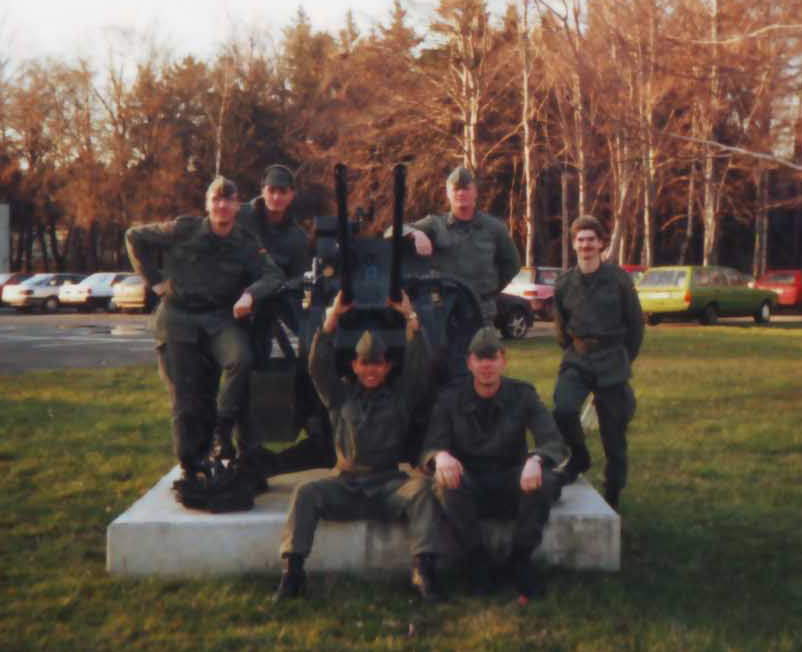 and again me on the right side 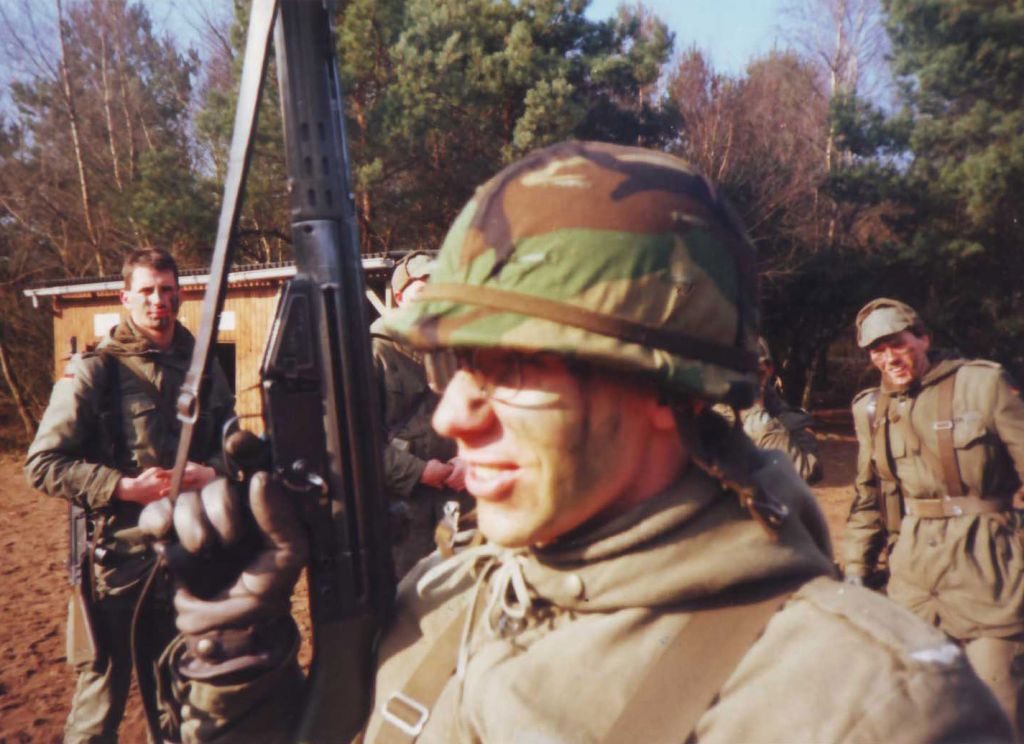 This guy here was drawing some really nice illustrations into my diary book, like this:

Following a very tall officer (I am the first behind him), we had to check the target disks, after each "firefight" with combat ammo in the middle of the night. This was of course combined with a feeling of danger, because on such a giant training ground during the night you have to trust that actually no one is shooting in these short "breaks" when we had to move in open field in total darkness up to 100 metres in front of the trenches.
The use of tracer ammo actually even caused a fire, so that some bushes were burning there...

This is one of my comrades with one of these target disks during the day. 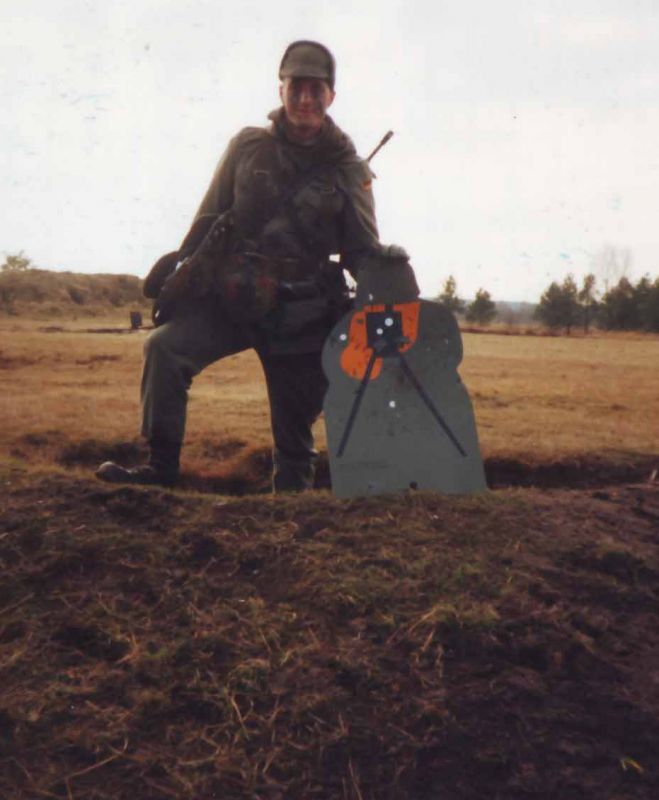 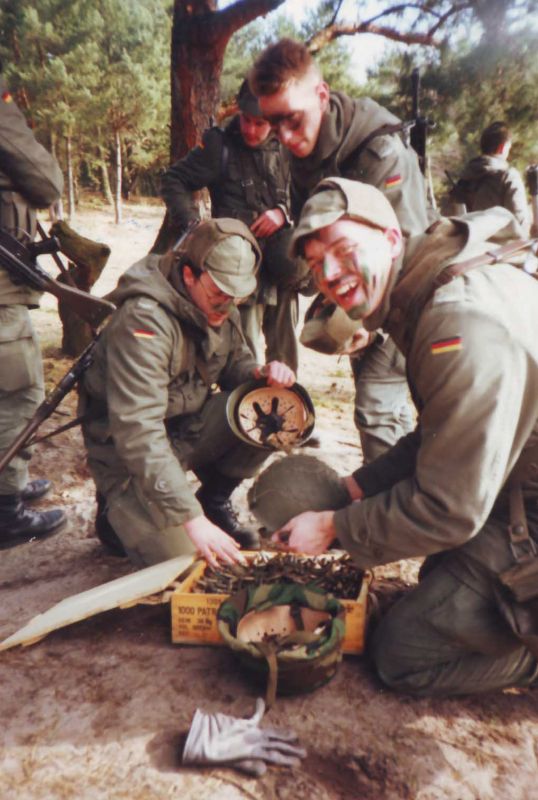 After these combat training events, we had to clear all the area (as good as possible) from the empty cartridge cases

And one of the most "beloved" training lessons, the use of the special equipment (no, these are no aqualungs) 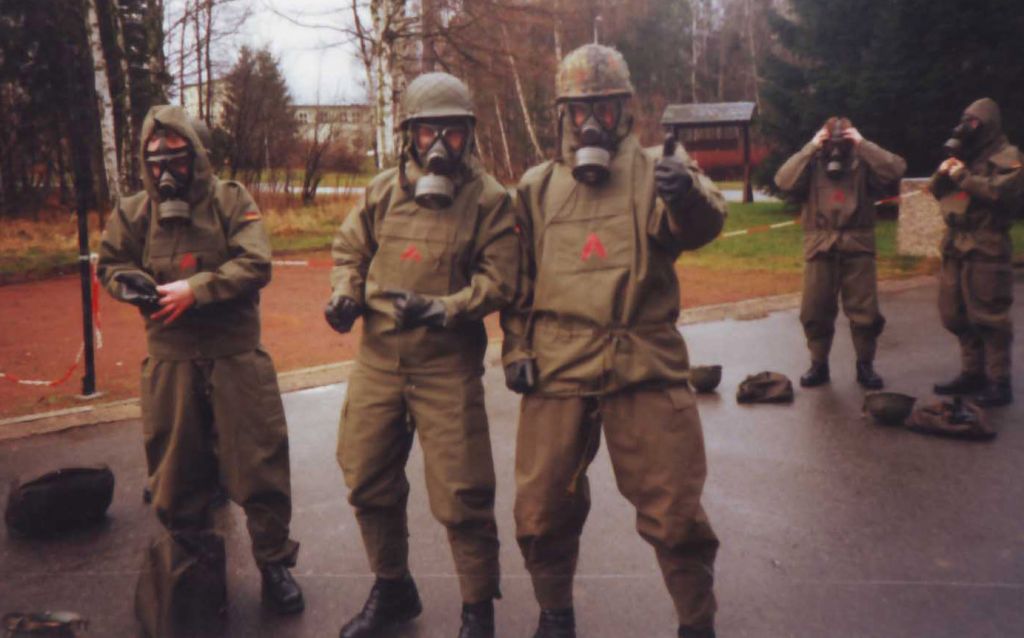 Nice Morty. I guess that i recognize the style of drawing of this guy, that reminds me your ancient avatar, the one with the soldier who throws a nade...

And i also understand how "beloved" this special training was, it makes me remember the same, the teargas training inside the bunkers : Four guys and... two gas masks... We are a team, guys !!!