What Are You Cooking?

Less More
3 weeks 1 day ago #511 by Damni
Replied by Damni on topic What Are You Cooking?

Stern wrote:
You can cook everything ?

I would never spend more time making the food than it takes me to eat it !

The final bake here with the last of the fresh yeast I had, had been used for a last experiment. I was still puzzled by fermentation quality since it's one of the big factors to developing the highest quality dough, that is also highly digestible and very tasty, crunchy and soft at the same time. Made this dough with only 00 white flour at 90% fermentation. I've reduced the dough development process by hand to a minimum, counting on the double amount of yeast I had. This combined with me also making a mistake... that is starting to make dough at 11 PM. After finishing the simplified process, trying to now shape the dough into a nice bubble before going into the fridge, I realized... it was still the consistency of British stew ... so I decided to give it a 20 minute rest and I should rest myself a bit because it has passed midnight. I woke up at 4:30 in the morning by the smell of beer

The dough started to ferment on the table

and I thought "Shit, this one is not going to bake". But then, I realized I know more about the dough than it knows about me, so I grabbed the scraper, oiled it with a drop of olive oil and shaped this beautiful bubble: 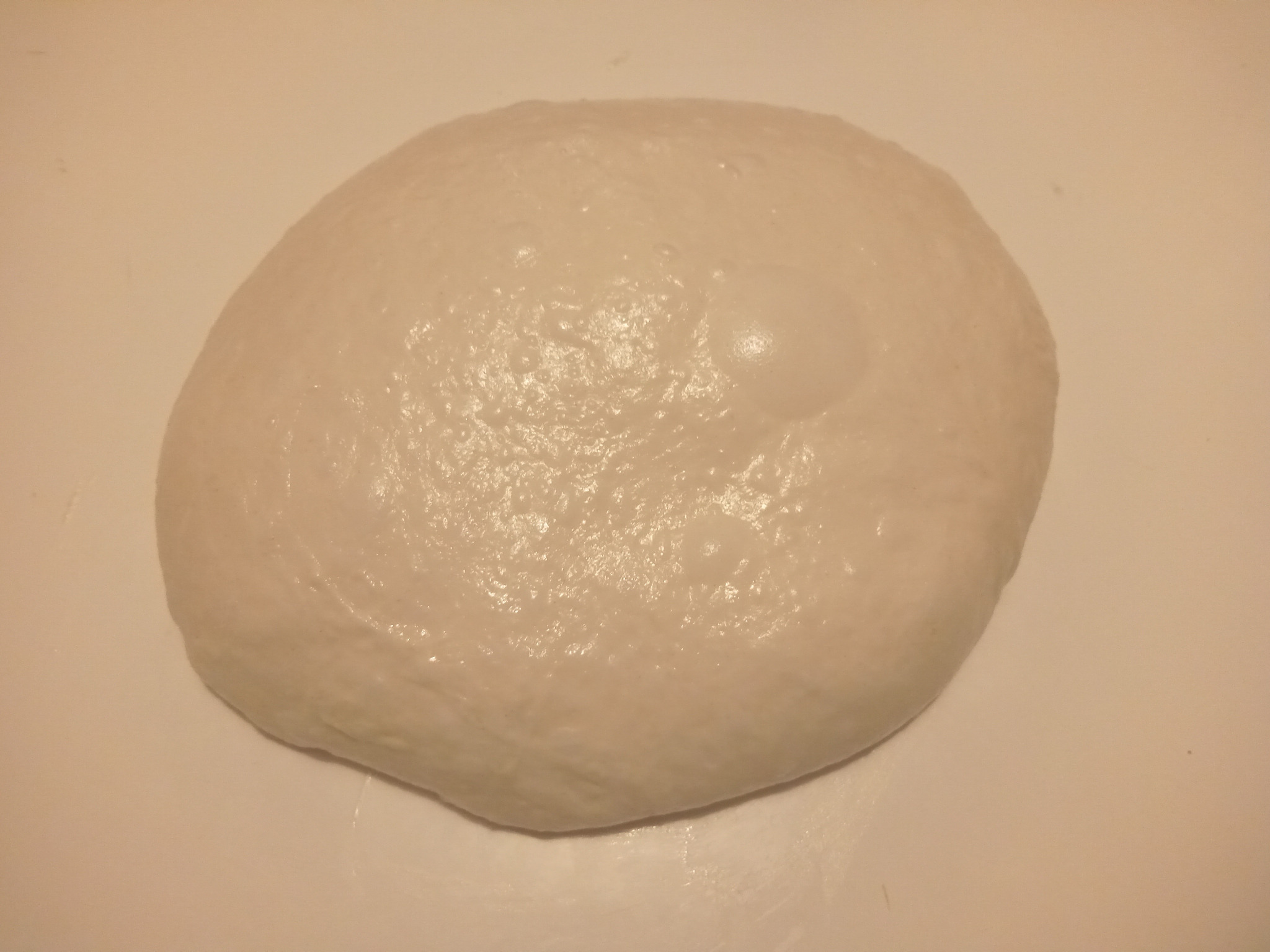 Yes, time and whatever fermentation was started, helped develop the dough that was not supposed to come together

Managed to put this one in the fridge and after 8 hours of rest there, I got the dough out, divided it, shaped it and set to rest again. 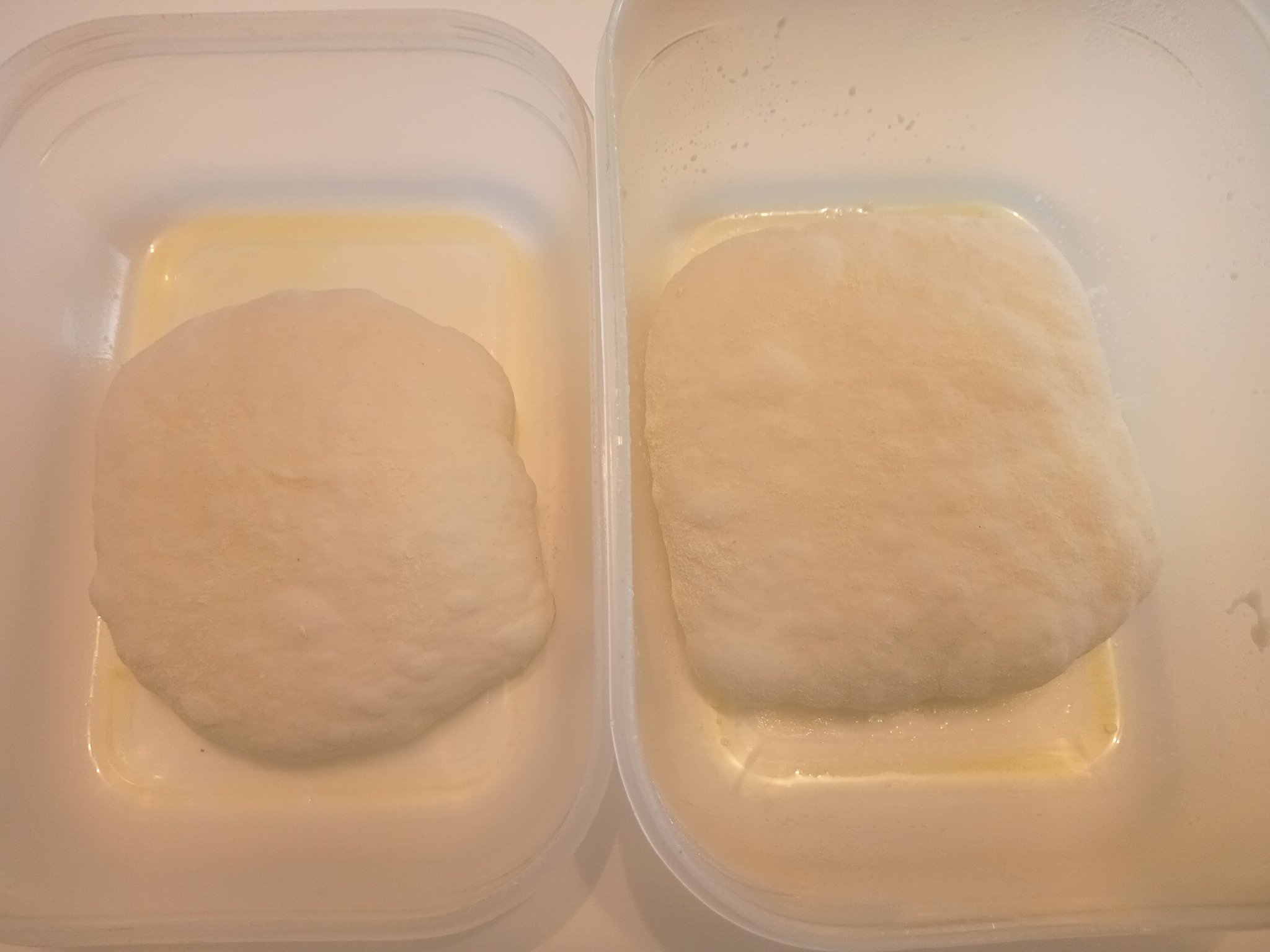 Let it rest for 3 more hours at room temperature(20-21 °C), then in goes into the pan. Layer consisting of more dough goes in first. I think the total dough was about 460-500g ... so divided in two unequal portions, you can do the math 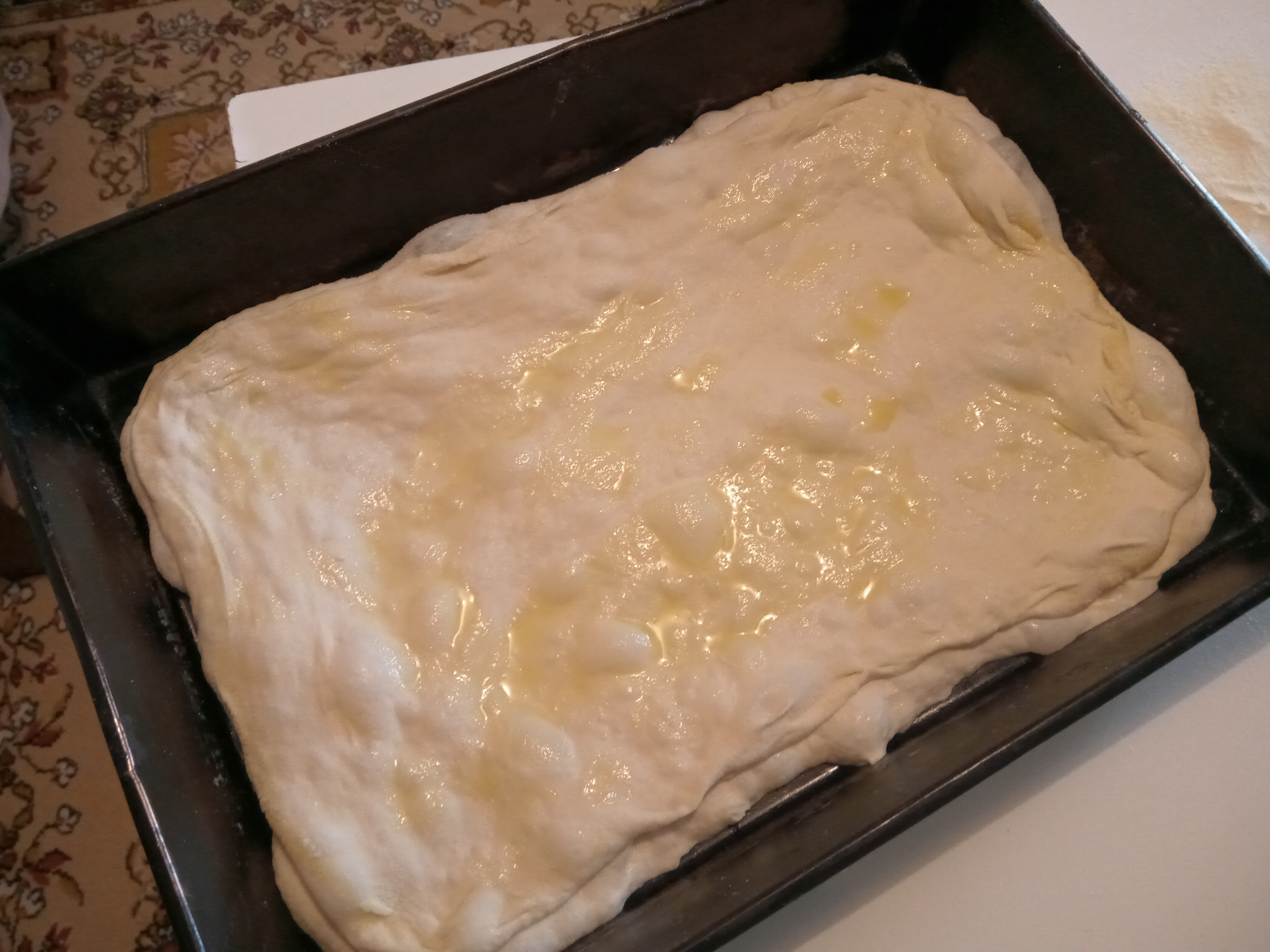 Baked for 11 minutes and ripped it apart 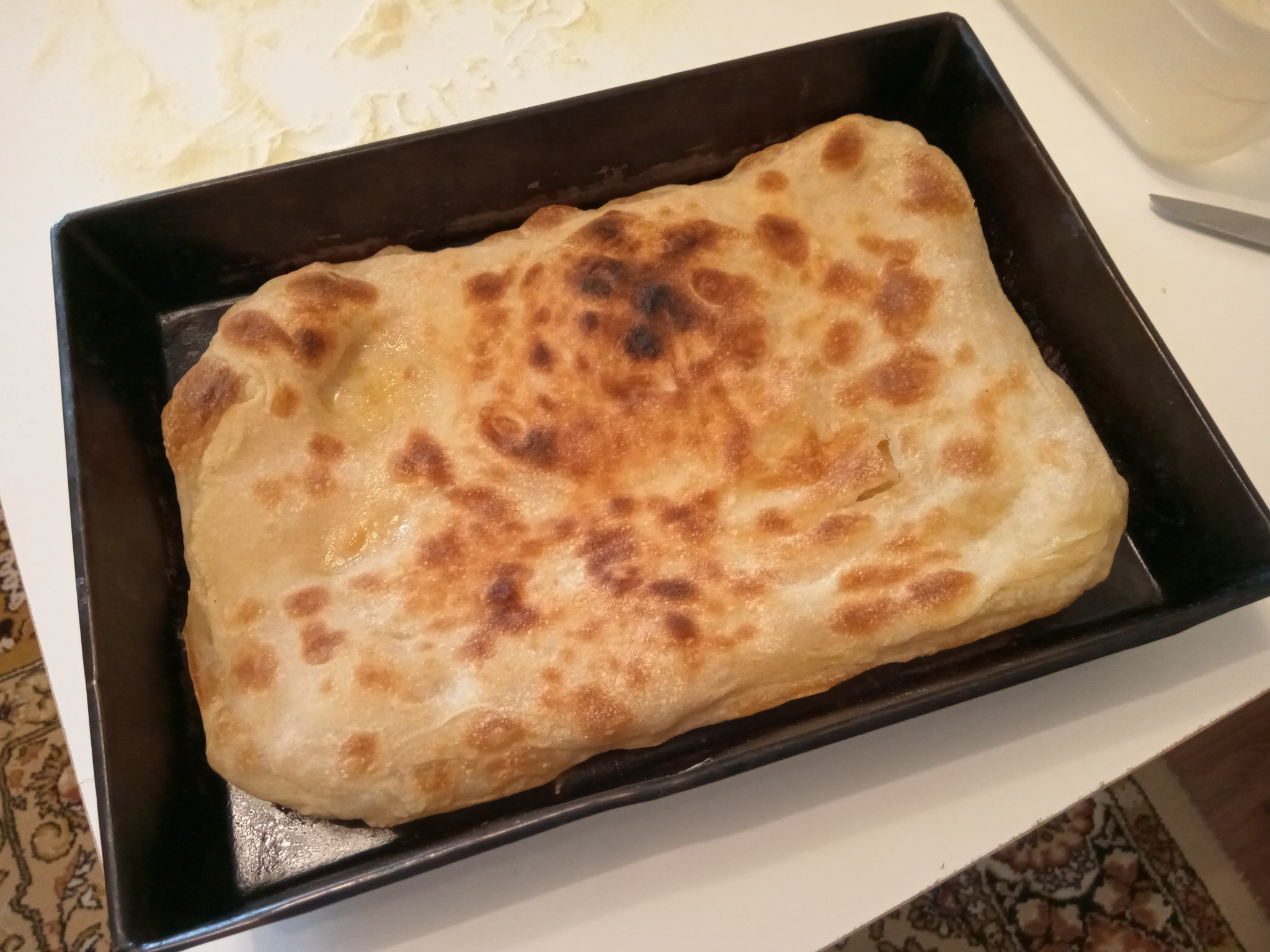 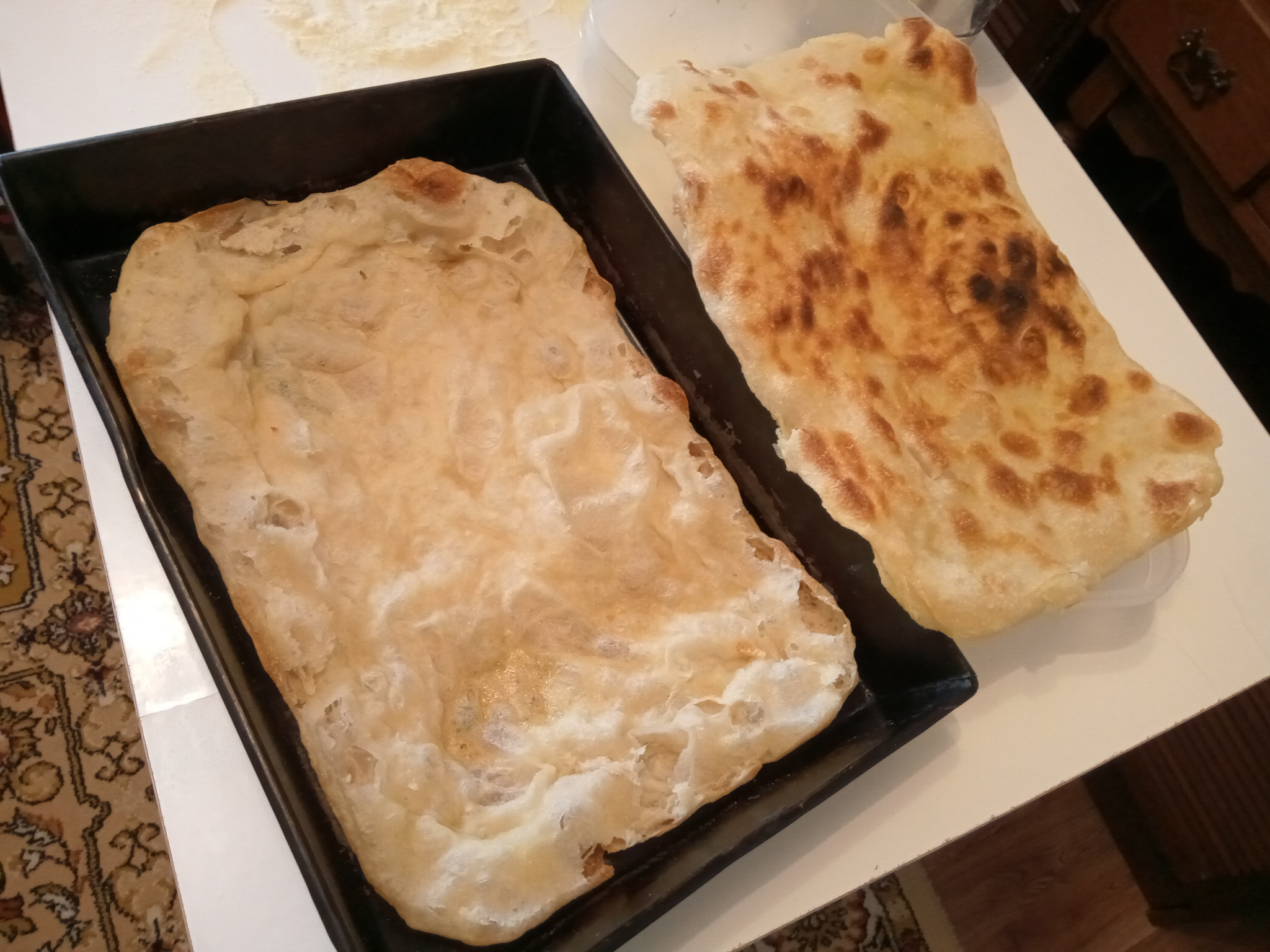 Funzo should start sending me his packs of Mortadella , specially when I plan falling asleep during the dough development process 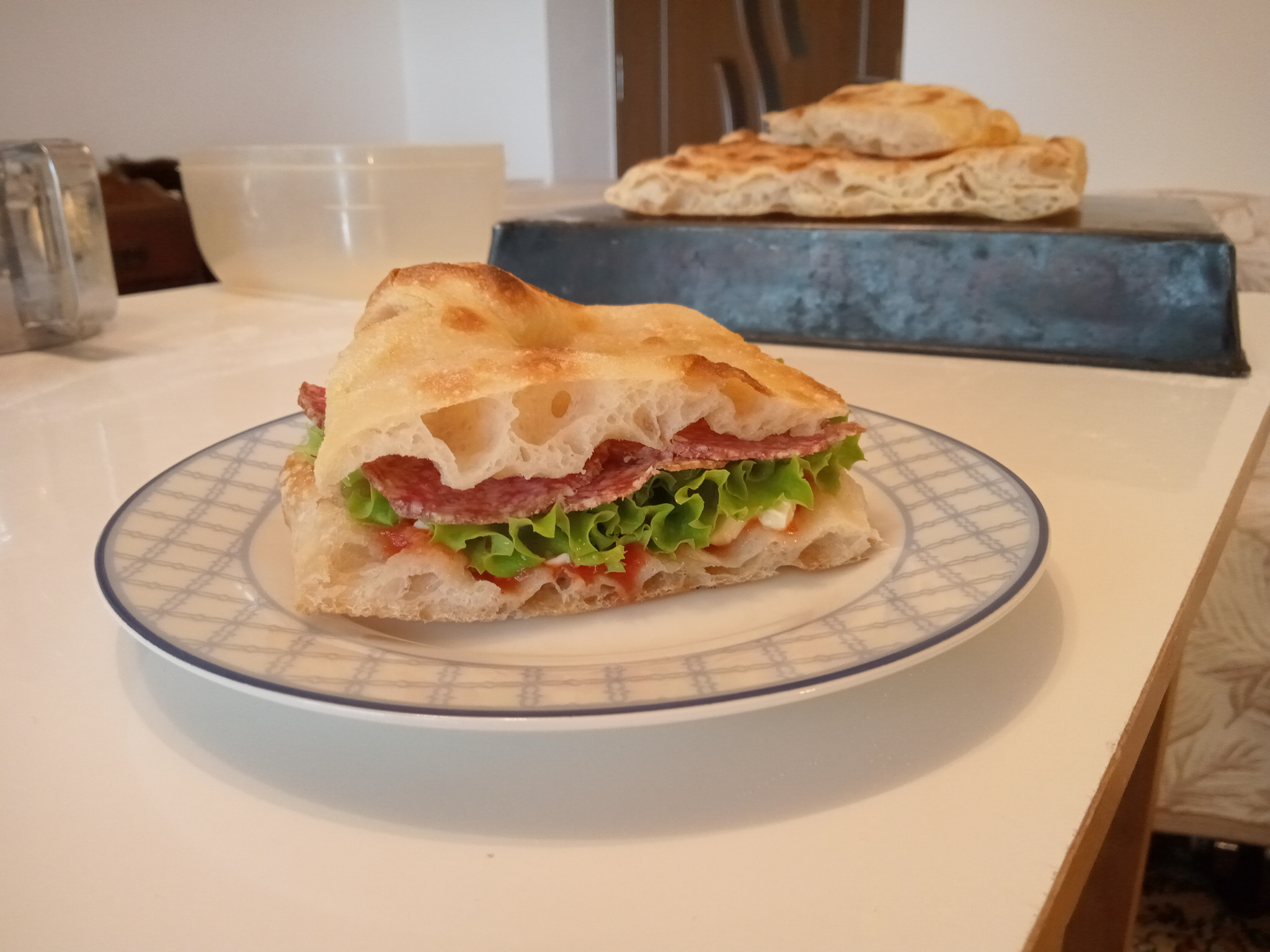 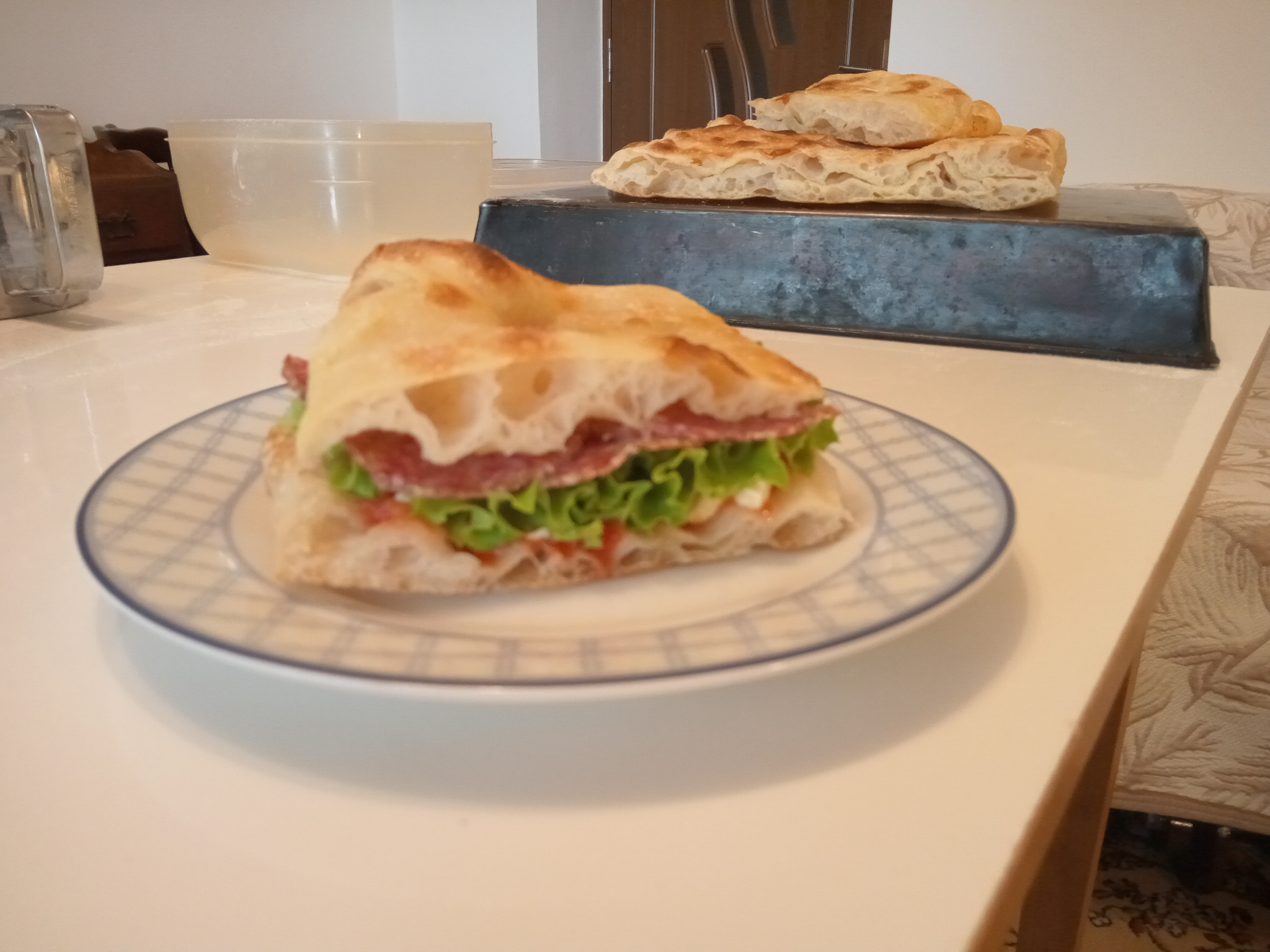 Less More
23 hours 30 minutes ago - 23 hours 27 minutes ago #513 by snowman
Replied by snowman on topic What Are You Cooking?
A little bit of baking yesterday, same process as the previous post

Home made tomato puree, garlic, Kalamata olives, basil, salty sheep cheese and olive oil. Very light. I ate it all except one slice 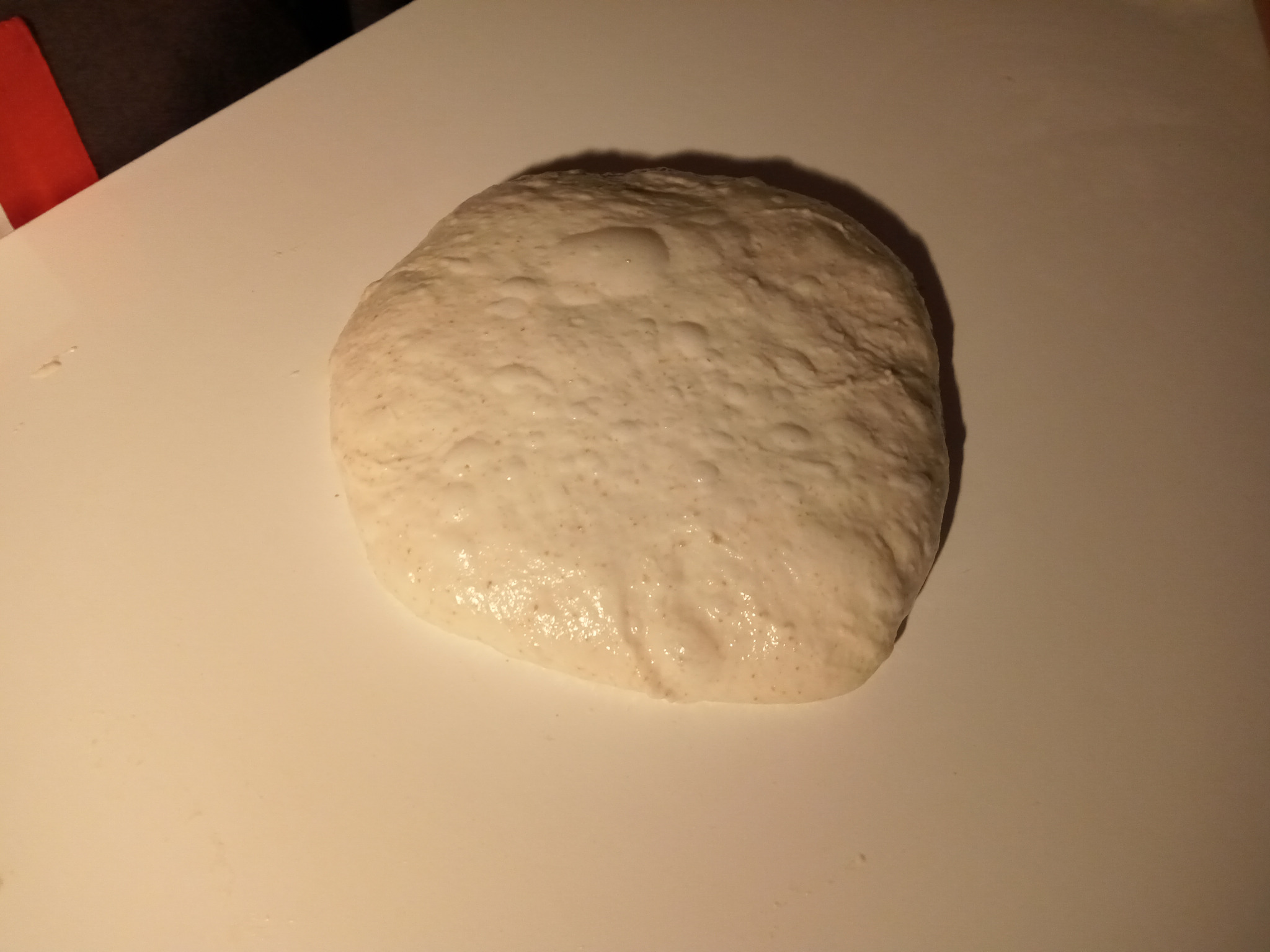 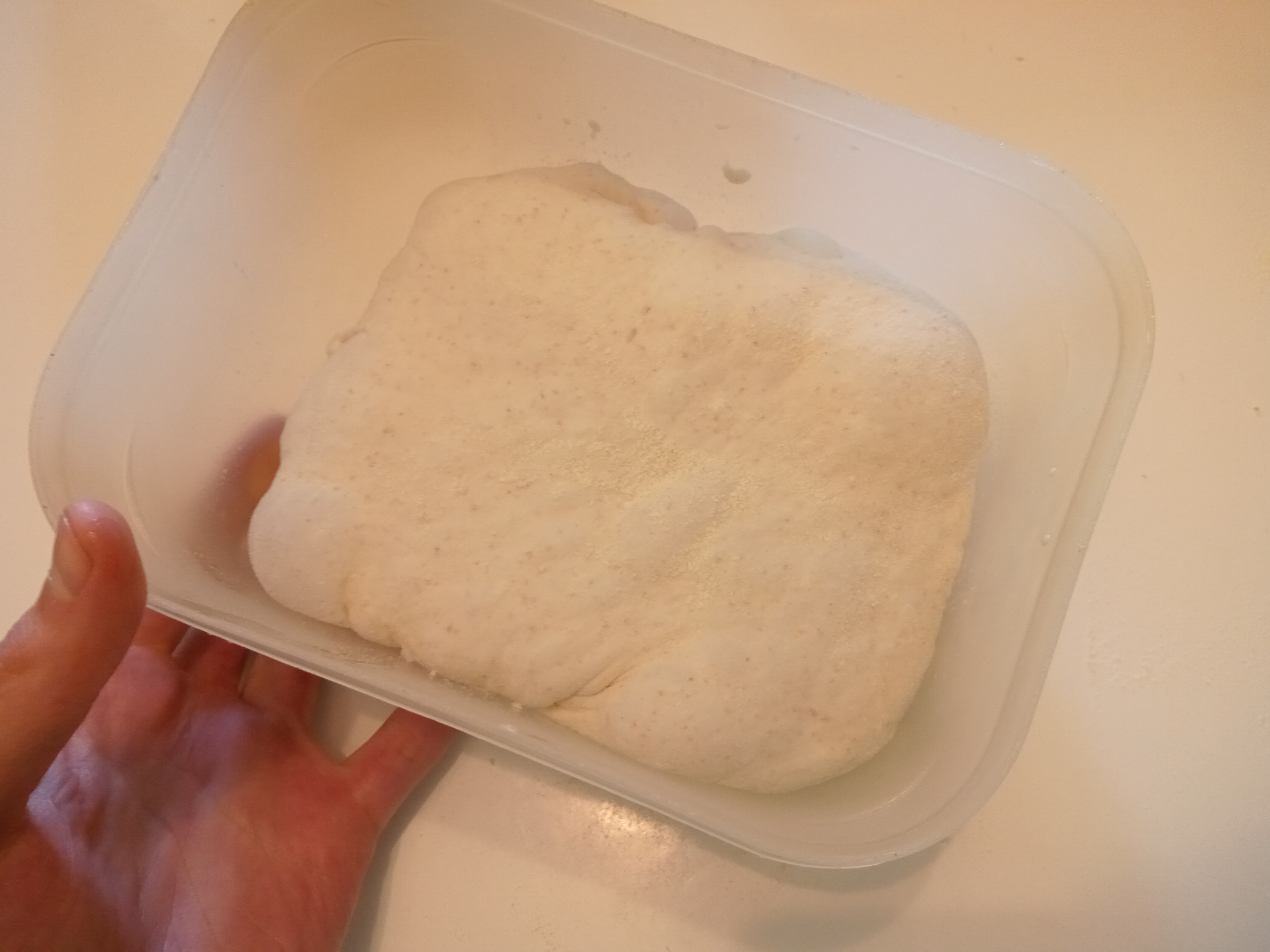 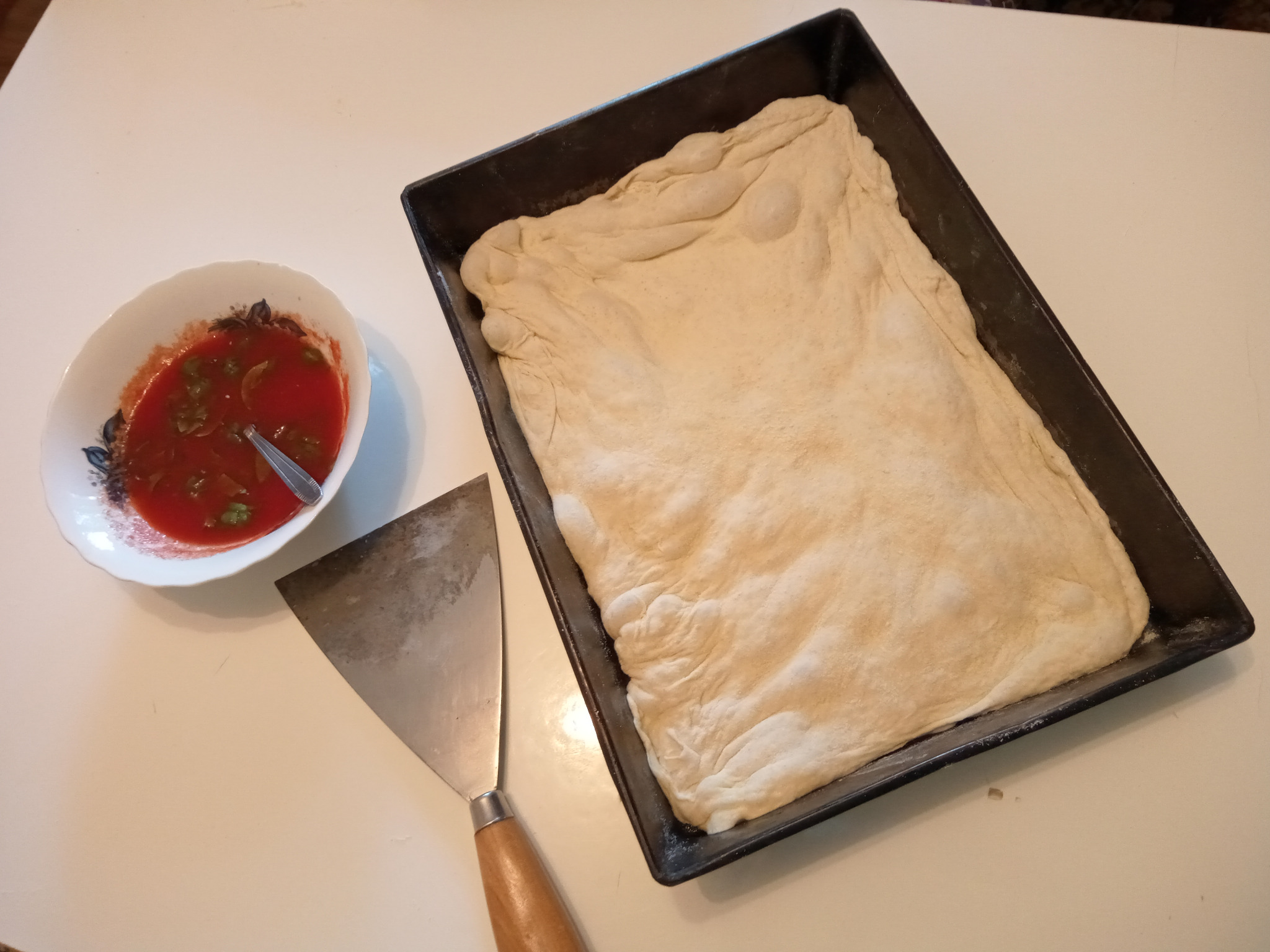 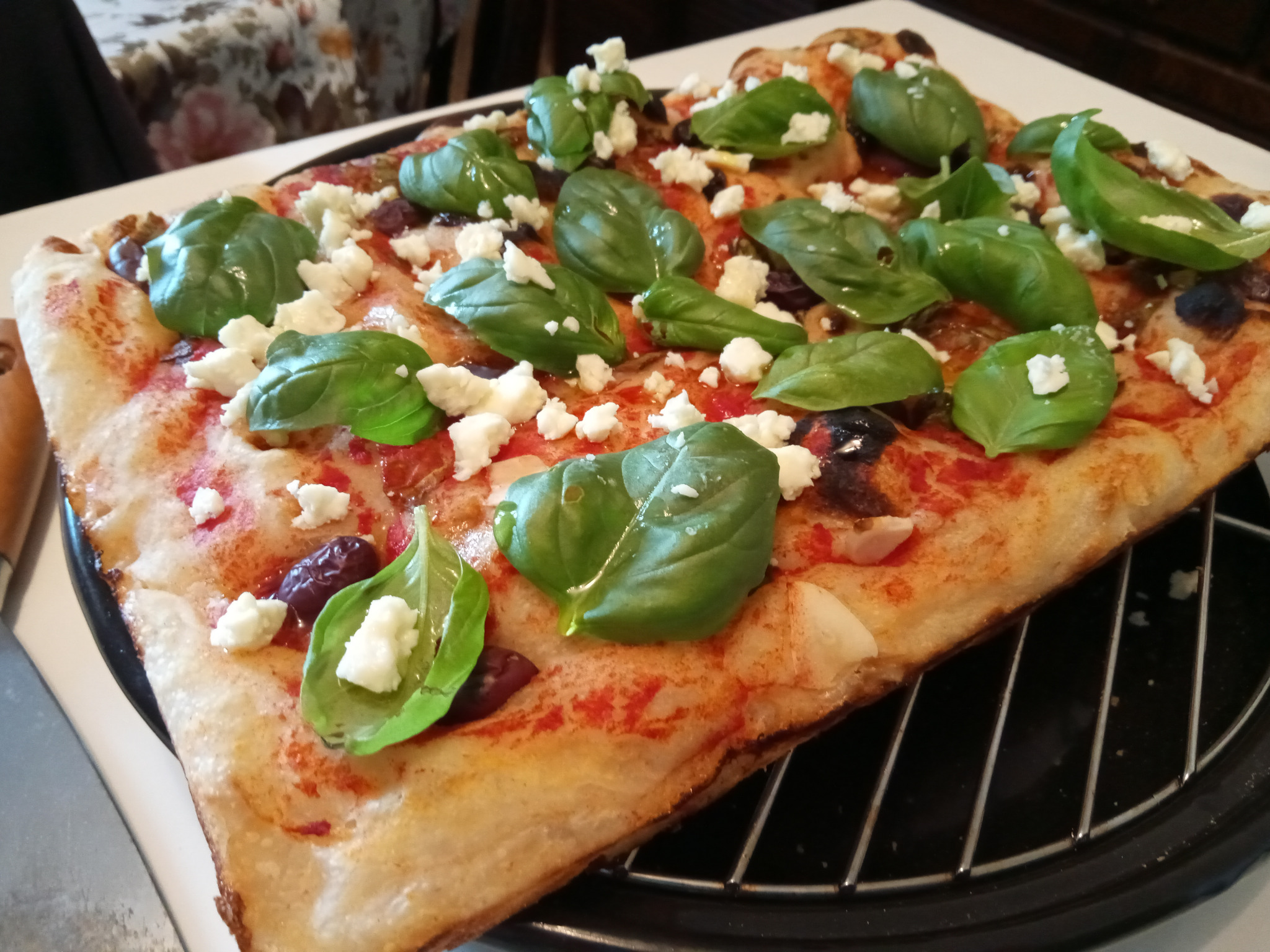 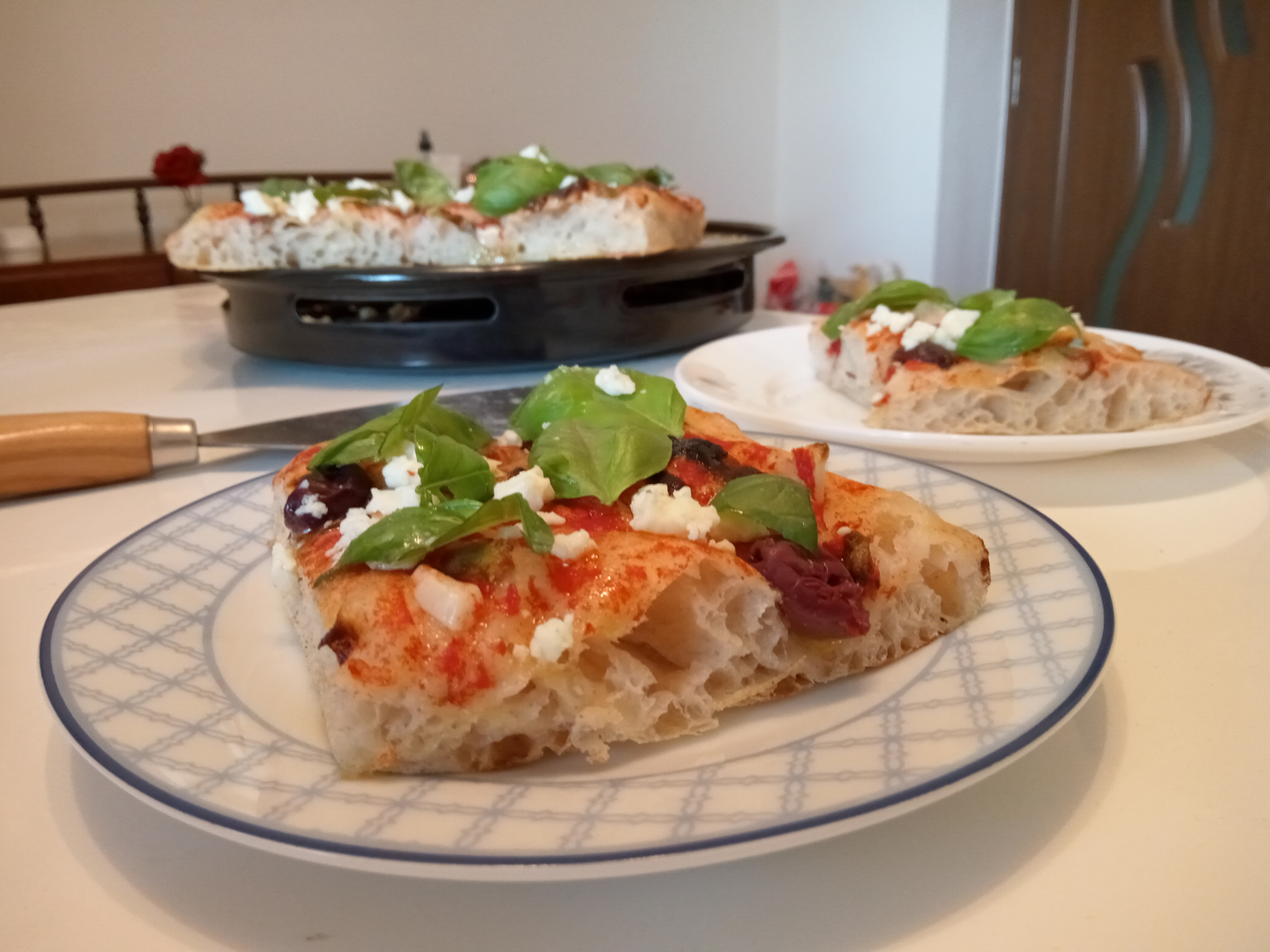 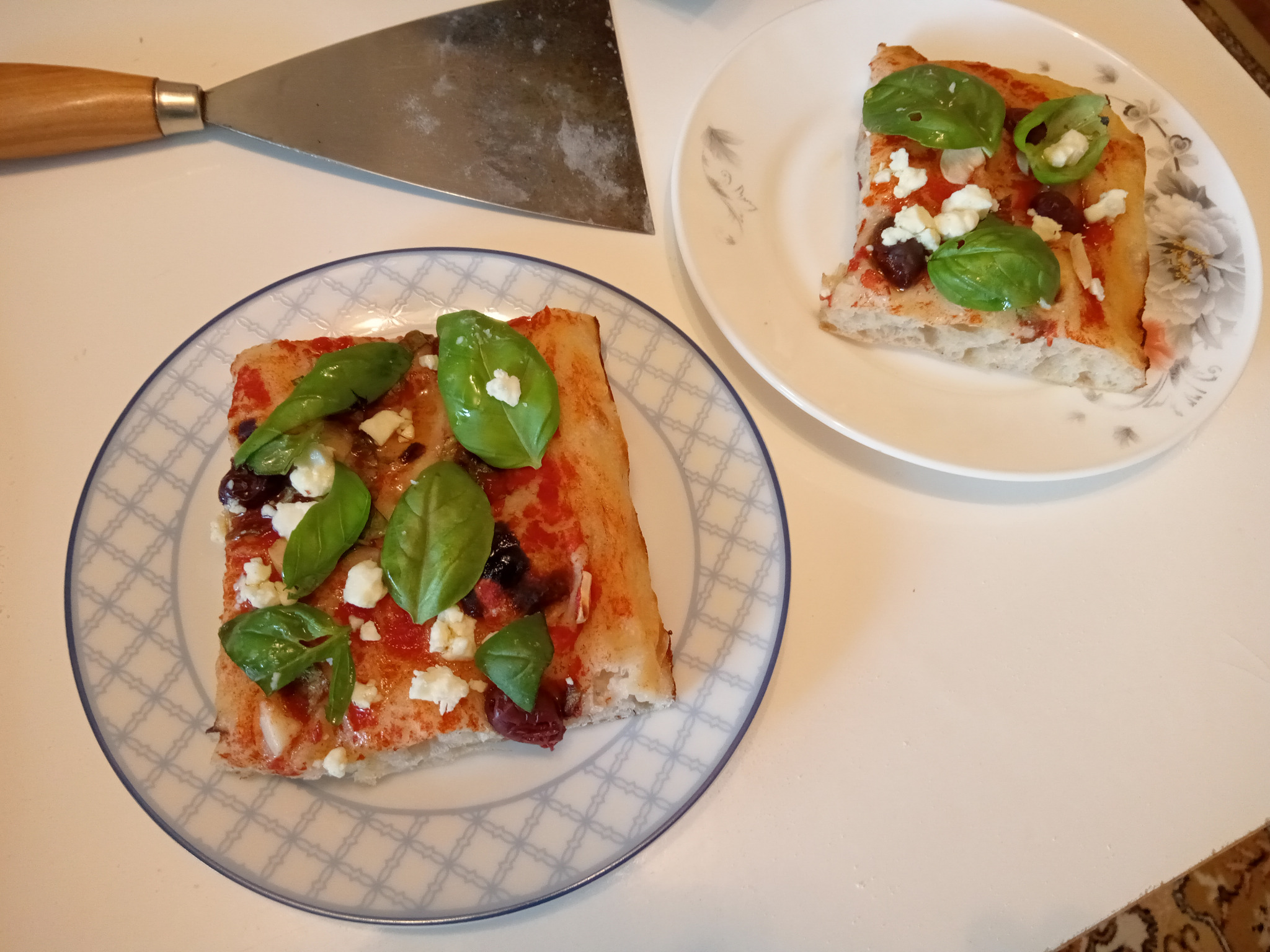 Less More
3 hours 13 minutes ago #514 by snowman
Replied by snowman on topic What Are You Cooking?
Good morning 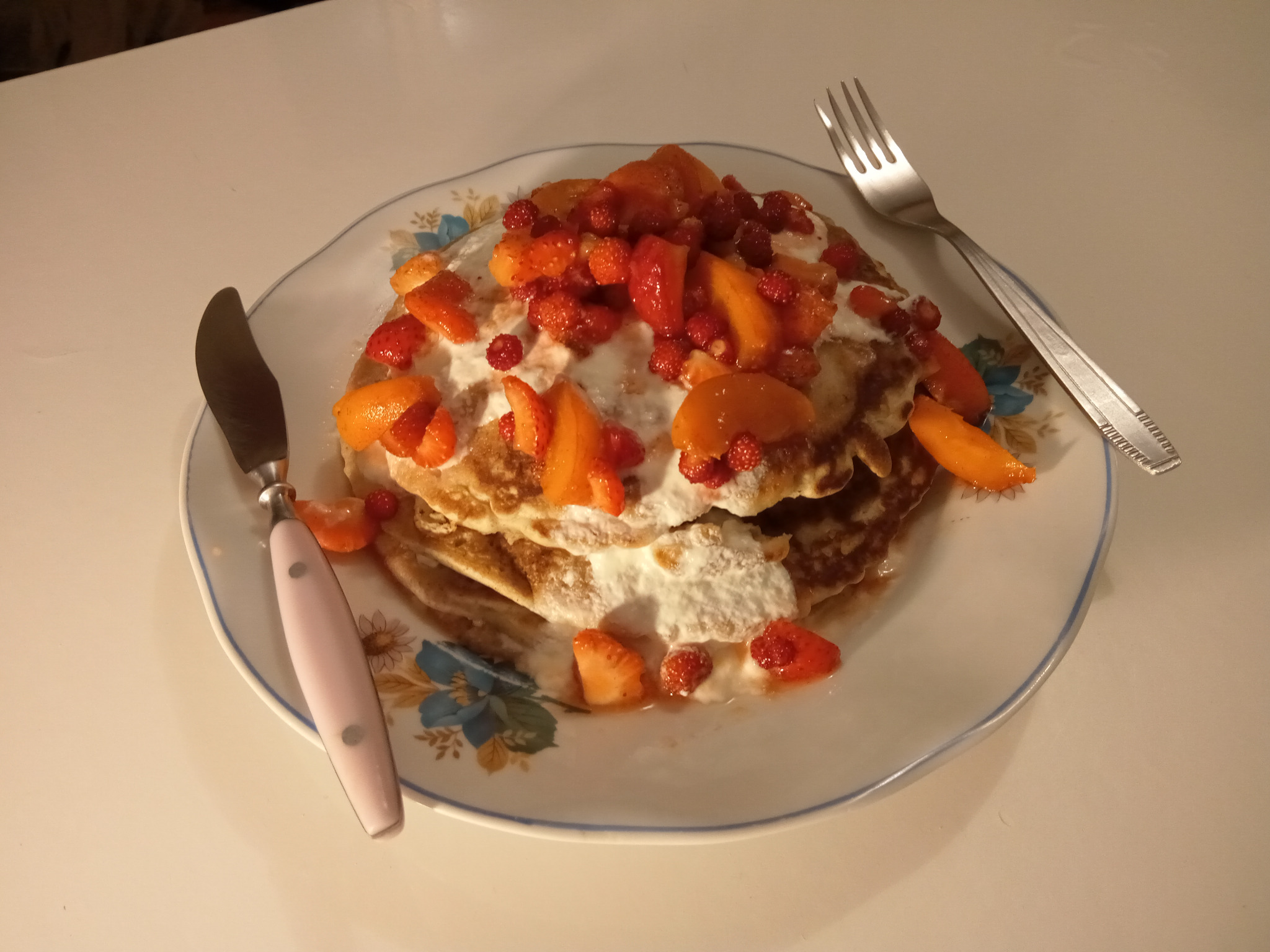